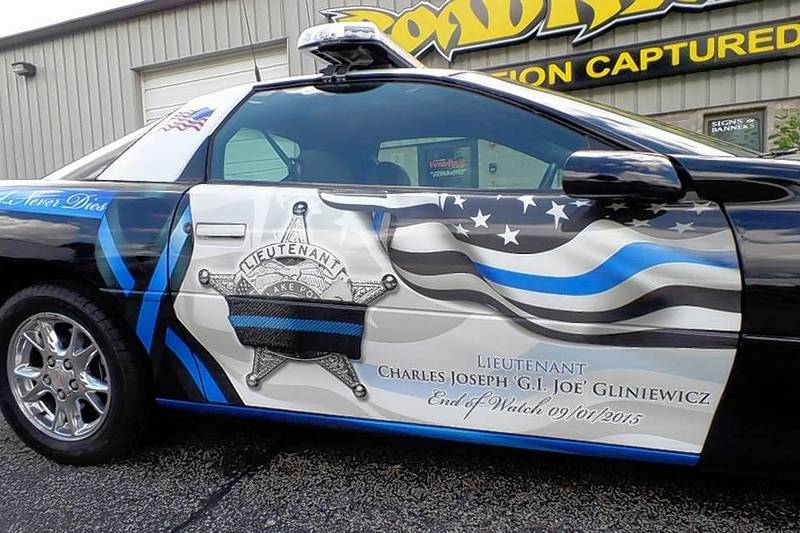 This 2002 California Highway Patrol Camaro was intended as a tribute car for the late Fox Lake police Lt. Joe Gliniewicz. It will be auctioned to benefit the family of a Huntley police officer who died of cancer last week.

A year ago, Tim Potoczny was top bidder for a tribute police car at an auction benefiting the family of late Fox Lake police Lt. Charles Joseph Gliniewicz because he wanted to honor the fallen hero.

Potoczny and his business partner at Sparrow Express Transport bought the car -- a 2002 California Highway Patrol Camaro adorned with decals paying tribute to "G.I. Joe" Gliniewicz -- from the Volo Auto Museum for $20,100, of which $10,100 went to Gliniewicz's four sons. Potoczny had intended to display the car at community events and parades.

For about a week, Potoczny drove the car around town, turning heads and garnering comments from neighbors who "thought it was a really cool thing."

"It was pretty neat. ... People would stop and take pictures," said Potoczny, a Gurnee resident.

That's before news broke of the scandal involving Gliniewicz, who staged his Sept. 1, 2015, suicide to look like a murder, after he had embezzled funds from the police department's Explorer Program.

"A few months after the scandal it was kind of uncomfortable looking at the car every day," Potoczny said.

He stripped the decals and restored the rare police package Z28 SS coupe with a 5.7-liter, 350-cubic-inch V-8 engine to its original black-and-white appearance. 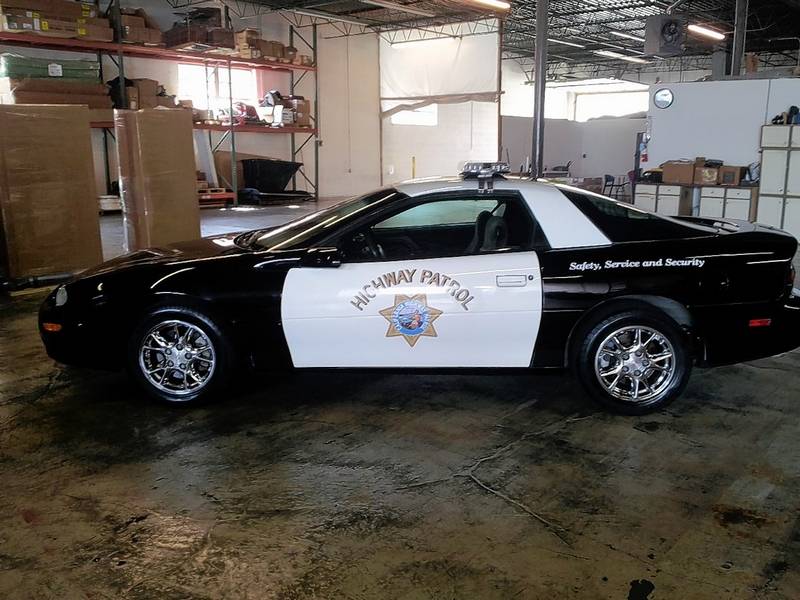 This 2002 California Highway Patrol Camaro Z28 SS coupe served as a tribute car for the late Fox Lake police Lt. Joe Gliniewicz. It now has been stripped of its decals and restored to its original appearance. It will be auctioned this month to benefit the family of a Huntley police officer who died of cancer.

Since then, it has gathered dust in a garage at his Elk Grove Village trucking company -- until now.

Potoczny found a new purpose for the car when he learned that his former Palatine High School classmate, Huntley police Sgt. L.J. Marak, had died at 40 on Aug. 23 after a two-year battle with cancer.

More than 800 people raised roughly $85,000 for the Marak family in the last 10 months through a GoFundMe campaign. 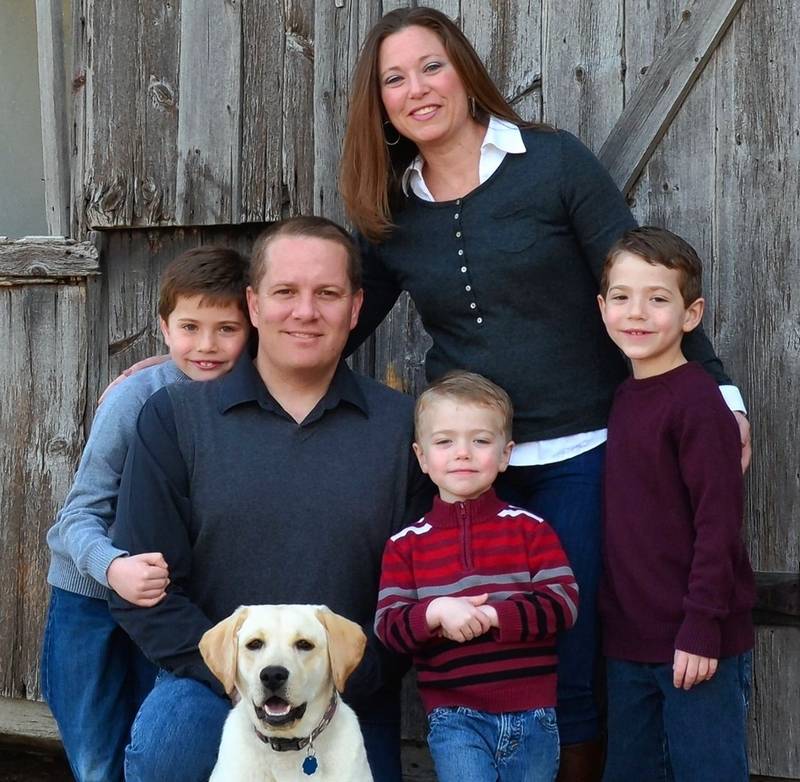 Huntley police Sgt. L.J. Marak, a 14-year veteran of the department, died last week of a rare form of cancer. He is pictured here with his wife, Kim, and three boys, Leo, 9, Ben, 8, and Sam, 6. A car auction later this month will benefit the family. - Courtesy of Huntley Police Department

Potoczny plans to have the car auctioned to help Marak's wife, Kim, and sons, Sammy, Ben and Leo.

"I want it to go to some good," said Potoczny, adding the shadow of Gliniewicz's disgrace is in the past. "I want to encourage everybody to support all our officers. Often they get a real bad name. ... 1 percent of them are bad, but 99 percent of them (need) to be supported."

The Volo Auto Museum will auction the car on eBay Sept. 9 to 16 -- its estimated worth is $18,000. All proceeds from the sale will be donated by Sparrow Express Transport to benefit the family of Marak, a 14-year police veteran. 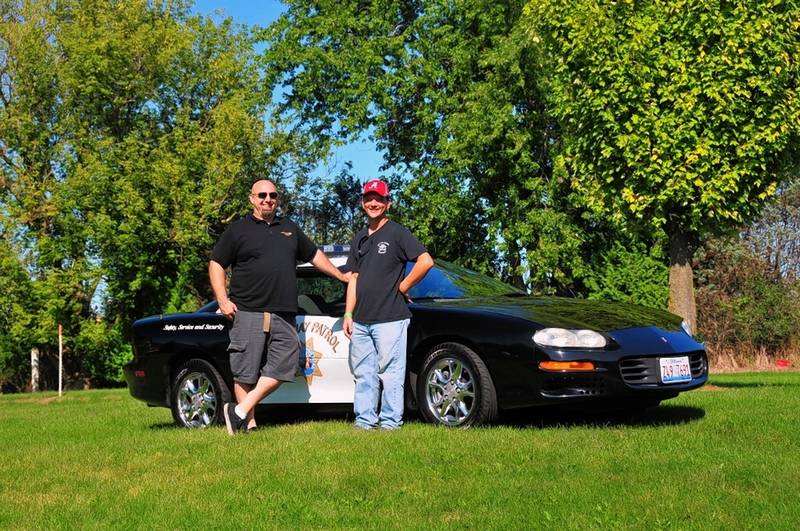 Brian Grams, left, director of the Volo Auto Museum, with Gurnee resident Tim Potoczny, who is auctioning off his 2002 California Highway Patrol Camaro -- originally a tribute car for the late Lt. Joe Gliniewicz of Fox Lake -- to help the family of a Huntley police officer who died last week of cancer.

"Assuming we find a generous bidder, this will be a far more positive chapter," said Brian Grams, director of the Volo Auto Museum.