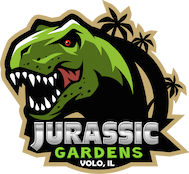 What Were the Largest Dinosaurs? | Dino Guide

Volo Auto Museum strives to provide you and your family with an engaging, educational and fun experience when you choose to visit. Being a family-owned business, the museum understands the importance of engaging a wide variety of visitors — from children to amateur enthusiasts to serious car collectors. Because of the variety of attractions and activities, Volo Auto Museum is confident that anyone can enjoy a visit here.

While the sales arm of Volo Auto Sales and Museum specializes in collector cars and auto sales, the museum’s highly varied exhibitions and offerings are not limited to cars or the automobile industry. One of the museum’s most exciting features is its Jurassic Garden. Volo’s Jurassic Garden features over 30 animatronic dinosaurs, educational information, fossils, skeletons and numerous photo ops.

This family-friendly attraction is sure to entertain and educate visitors of all ages and interests.

A Brief Guide To The Biggest Dinosaurs

The study of fossils and other prehistoric life is known as paleontology. Most of what we know about dinosaurs, as well as other mesozoic plants and life forms, comes from this branch of scientific study. The nature of this work, which studies the earth as it was hundreds of millions of years ago, depends almost entirely on piecing together information based on fossil and other types of found evidence. Since the Mesozoic Era predates human existence, there naturally aren’t any written or oral accounts from eyewitnesses — there weren’t any eyewitnesses to keep accounts! For this reason, paleontologists must base nearly all of their findings on discovered fossil pieces and skeletal fragments. As such, there is ongoing debate about what the true, definitive sizes of certain dinosaur species really were. Most of these measurements are simply educated estimates, informed by fossils, bone fragments and other historical evidence.

On one hand, some reports indicate that the largest dinosaurs were even larger and heavier than scientists originally believed. On the other hand, in a 2020 study, some paleontologists reassessed the true size and weight of the Patagotitan mayorum. Previously believed to be about 70 tons in weight, the new study reduced this weight estimate to only about 57 tons. As is the case for most dinosaurs, fossils and skeletal remains are incomplete — leading scientists to essentially guess as to what the true size, structure and shape of these enormous creatures really was. It’s important to keep all of this information in mind when thinking about dinosaurs — and especially when trying to establish which dinos were the biggest and/or the fiercest. The following dinosaurs included on these lists are just some of the huge, prehistoric creatures that have been discovered to date.

The Largest Dinosaurs On Land

Today, the largest known land animals are elephants. The African elephant, for example, can weigh between 4000 and 14,000 pounds, and can stand up to thirteen feet tall! To put that in context, many dinosaur fossils are exponentially larger than modern-day elephants! Because fossils are, by nature, difficult to measure in a real-world sense, there is some debate among the paleontological community about what is the largest dinosaur ever found. Most of the largest dinosaurs come from the sauropod subgroup — four-legged herbivores that existed from the late-Jurassic period through the Cretaceous period. While compiling a definitive size ranking is nearly impossible, the following list rounds up the top ten biggest dinosaurs known today.

Largest Dinosaurs In The Water

Today, in the 21st century, the largest known creature is the blue whale. Blue whales can weigh about 150 tons and grow to a length of about 98 feet. Many of the oldest and most mysterious creatures on our planet today are those that live in the ocean. Even modern animals like alligators and crocodiles share significant characteristics with dinosaurs and other creatures from the prehistoric eras. Some of the largest prehistoric creatures lived in the water and had different features than their more famous dinosaur cousins who lived on the land. This list encompasses some of the largest and most fascinating water-dwelling dinosaurs.

Volo Auto Museum is a wonderful destination for true dinosaur enthusiasts and casual visitors alike. The museum’s Jurassic Garden exhibitions are hands-on and interactive — a visit here is as educational as it is fun and engaging. Attractions include over 30 animatronic dinosaurs, the Raptor Pen Arcade Room, and a variety of replica fossil digs and replica dinosaur bones. Visitors of all ages will certainly come away from the museum with a renewed appreciation for these awe-inspiring, prehistoric creatures. The Volo Auto Museum's Jurassic Garden also includes many photo opportunities that children and adults alike are able to enjoy!

Volo Auto Museum is more than happy to accommodate school groups and other field trip outings to the Jurassic Garden and the museum as a whole. The museum is open 10 AM - 5PM, with no admittance after 4PM. Our spacious 40-acre property is accessible and climate controlled. As a small, family owned business, we pride ourselves on our welcoming character and excellent customer service. The Museum is easily accessible from Chicago and other nearby urban areas. We offer a variety of ticket options and pricing. Please don’t hesitate to contact us with any questions.