Who has celebrated a birthday at Chuck E Cheese or Showbiz Pizza? Then surely you remember the animatronic characters performing a show for your entertainment.It was during the early 1980’s that pizza parlors and restaurants were using these highly technical stage shows to capture the interest of kids and parents to earn their business. The technology was advanced, but the idea wasn’t new. Animatronics were around since the 1500’s. It wasn’t until the 1930’s that the technology became practical and began to be seen by the public. 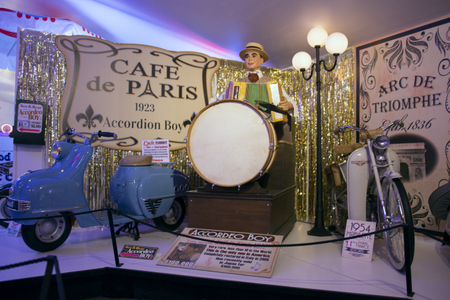 Built in Paris France in 1923, he would play music to entertain guests at a French Bistro. He’s been fully restored and will perform for you as well. 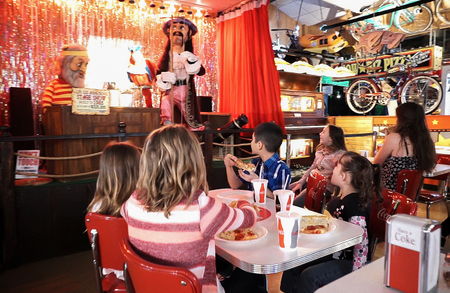 You may also enjoy a free pirate stage show in our Show Biz Pizza featuring the wittiness of Polly, Smedley and the Captain. These characters originally began performing for audiences in the 1980’s and are still making people laugh and smile today! 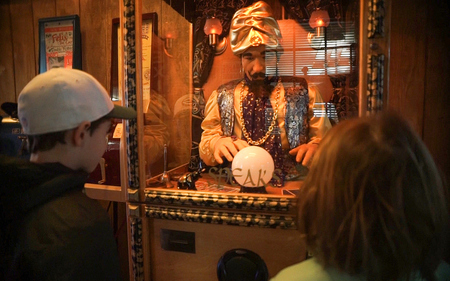 Have your fortune told by the oracle made famous in the movie Big.  Wish to be big, if you dare. 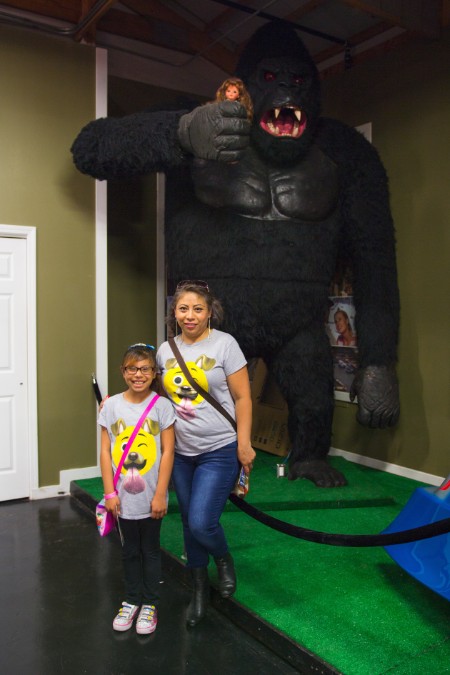 Standing at 14 feet tall, this animatronic Gorilla was built by Universal Studios to promote the 1976 movie version of King Kong.