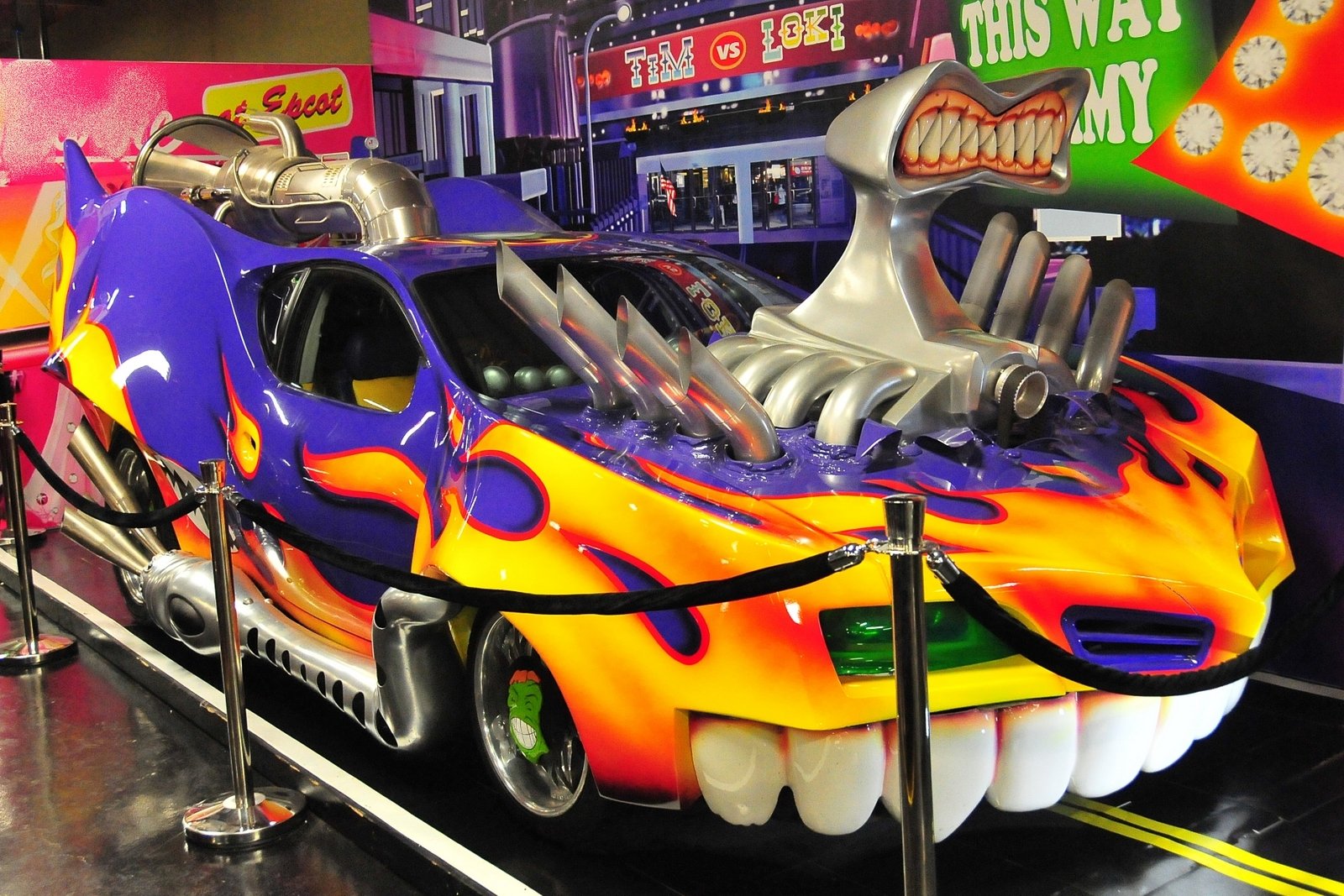 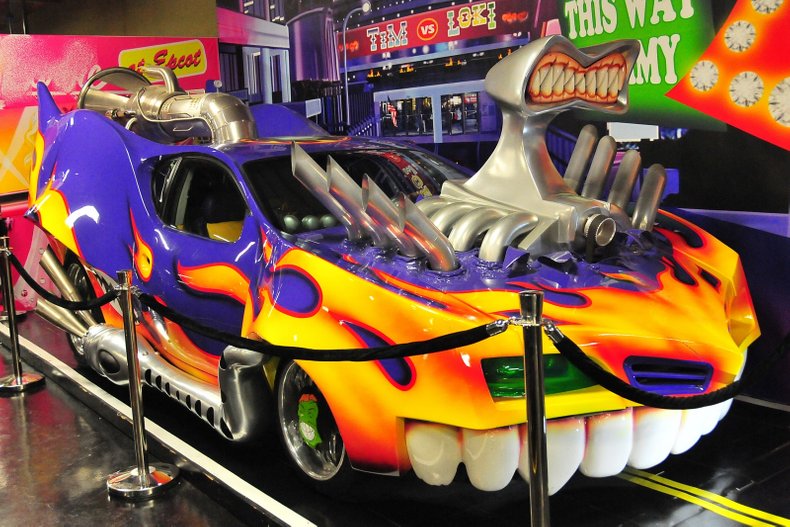 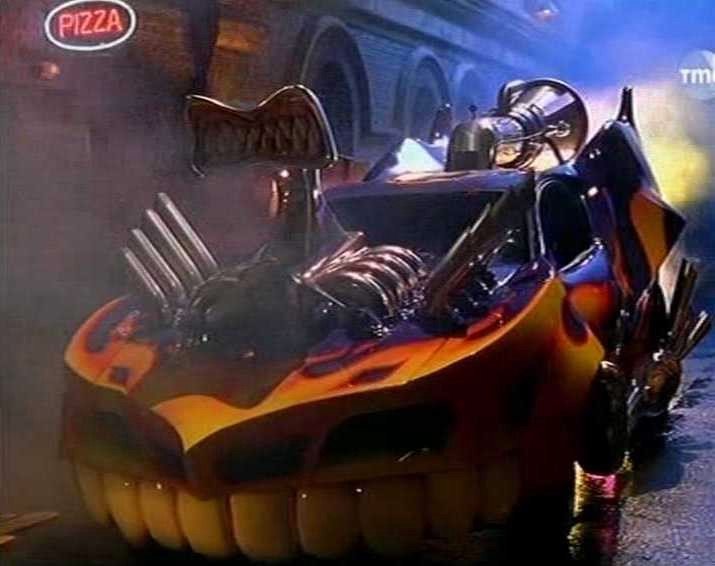 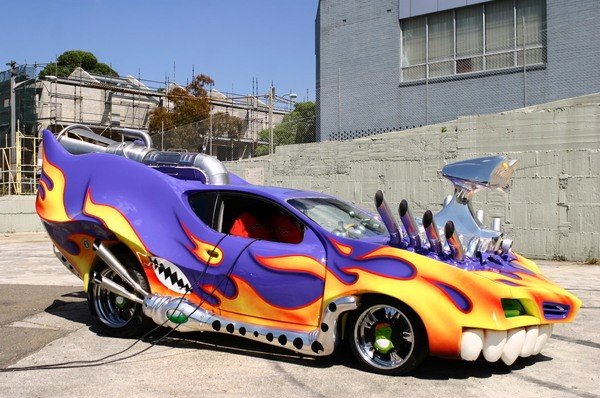 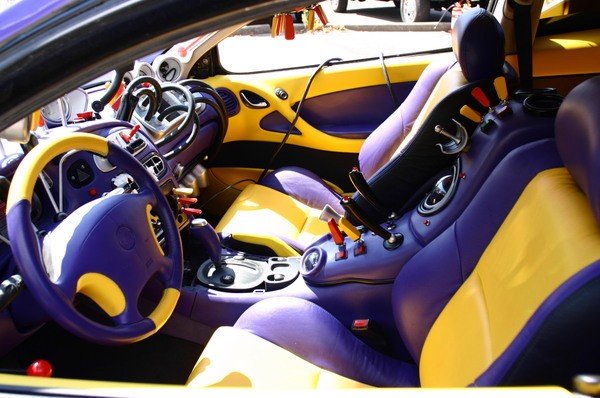 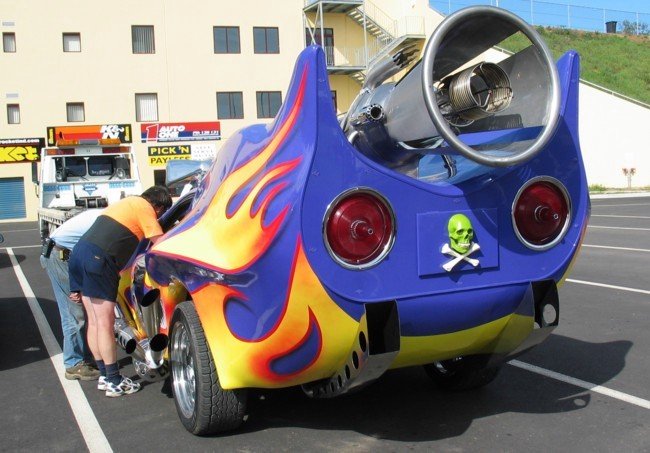 Do you believe this is a REAL car? I didn't until I saw it in person! Designed by Fireball Tim and built by a special effects team for the movie Son of the Mask. It started as an Australian Holden, which is similar to a Pontiac GTO. It's powered by an LS1 engine, yes, it moves!!! The body has obvious modifications, including a crazy blower with a viscous mouth for an air intake. The interior was over glorified with gadgets and switches that would even make James Bond Jealous! It is loaded with many special effects, like flame throwers from the hood pipes and rear exhaust.

I chased this car for nearly 10 years trying to buy it for the museum just because of the coolness factor, its like an over-sized Hot Wheels car like I used to play with as a kid. In 2015 Warner Brothers finally decided to release the car and sell it to us.