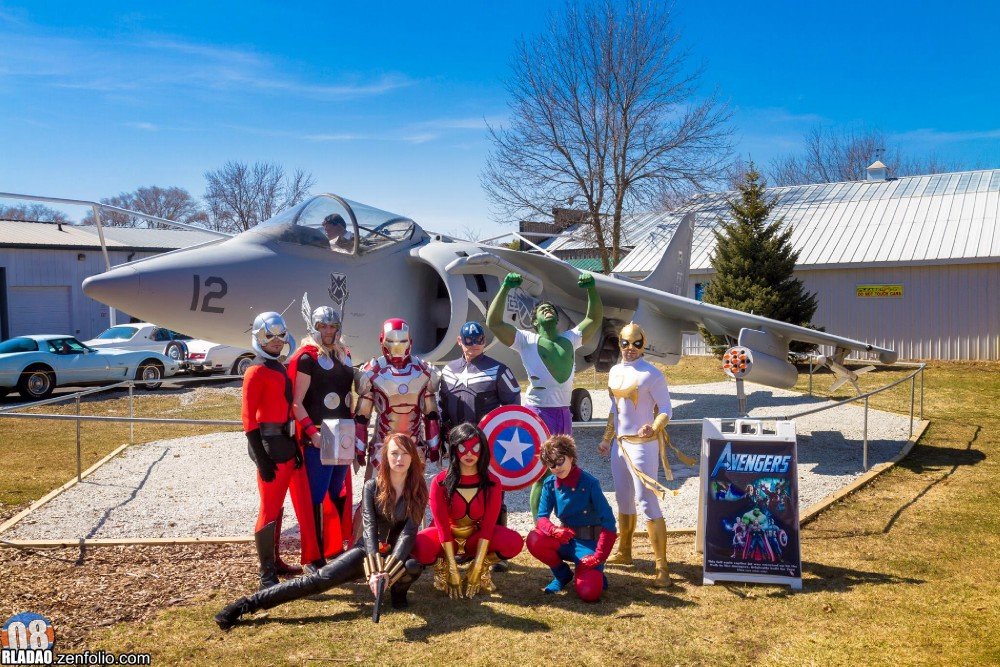 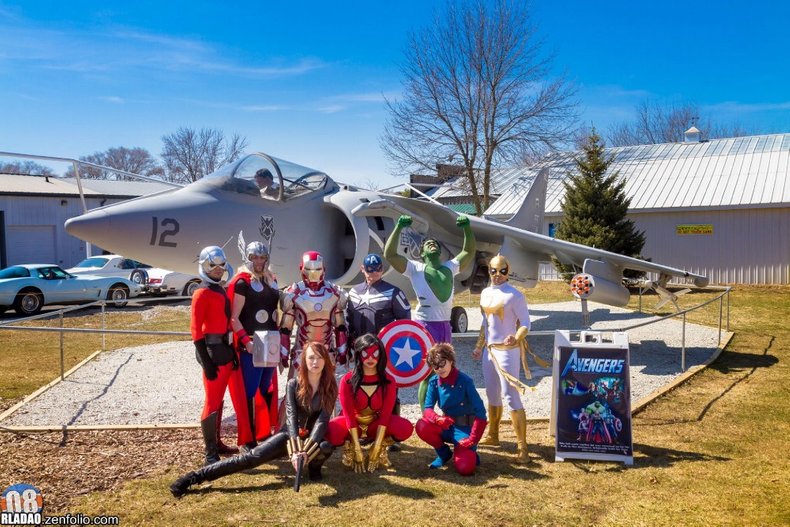 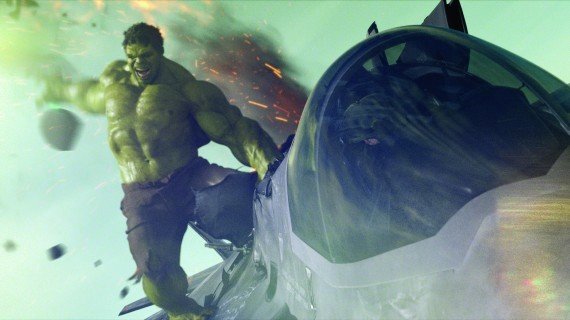 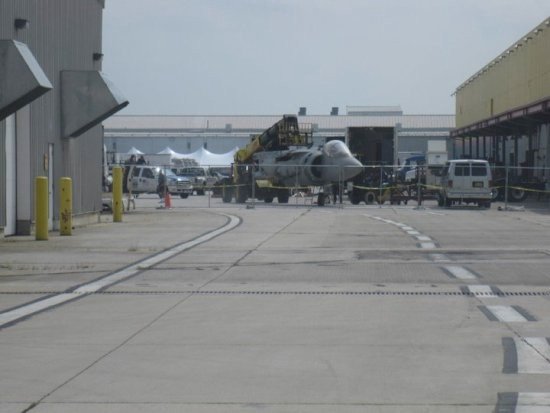 This is a full scale fiberglass replica of a Harrier Jump Jet. It was originally built for the movie True Lies with Arnold Schwarzenegger. You'll remember this jet in the final scene where Arnold is flying this jet near the roof top of a Miami high-rise fighting the bad guys and saving his daughter. The jet was parked in the desert after the movie and sat waiting to be used again and it wasn't until the filming of the Avengers that the jet was pulled from the desert, given a makeover and used in the Avengers. The jet was seen when the Hulk was thrown into it by Thor, the Hulk than threw the jet ripping off its wing. We purchased the than mangled up jet in pieces and spent two years restoring it, making one side Avengers and the Other side True Lies in honor of both films.