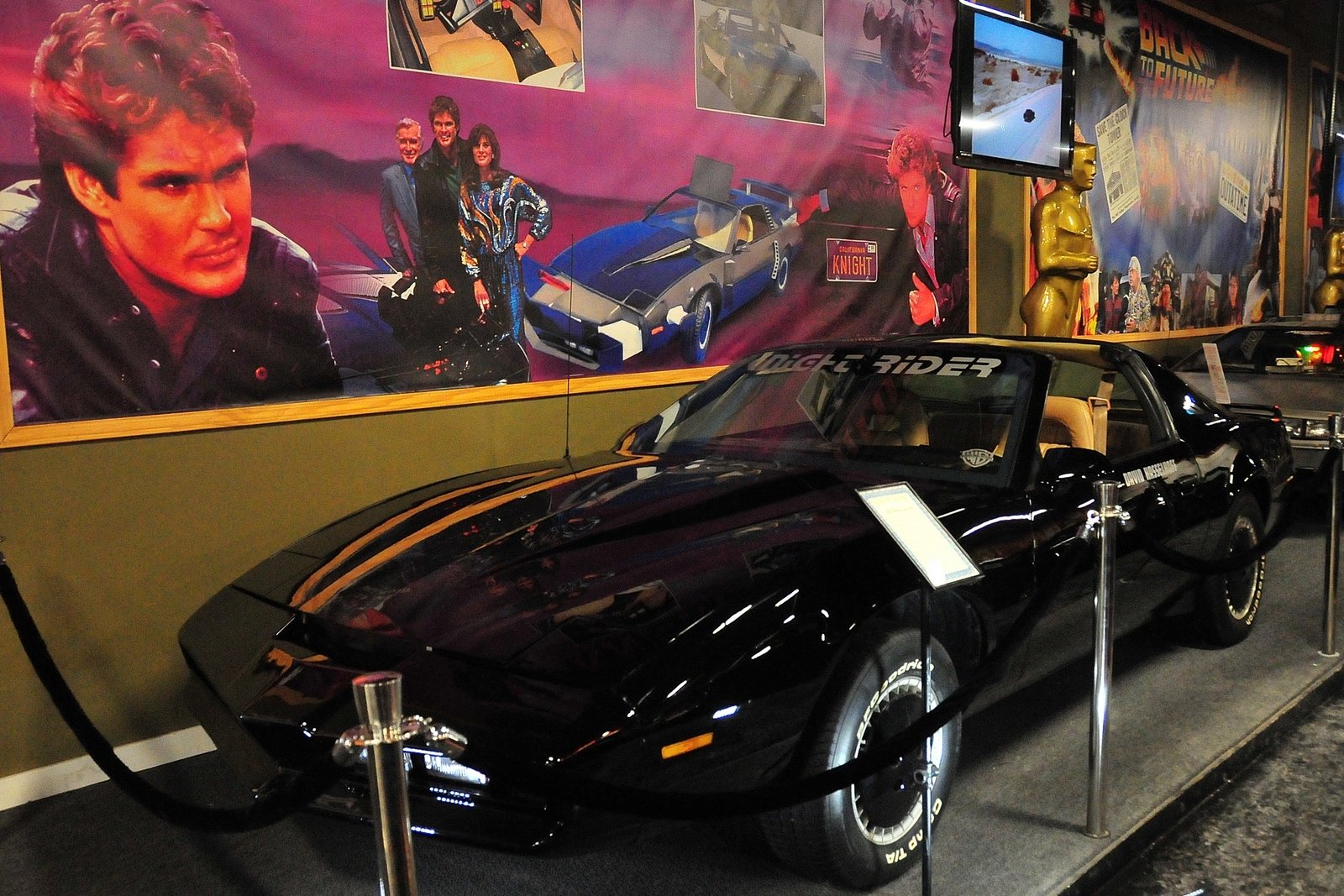 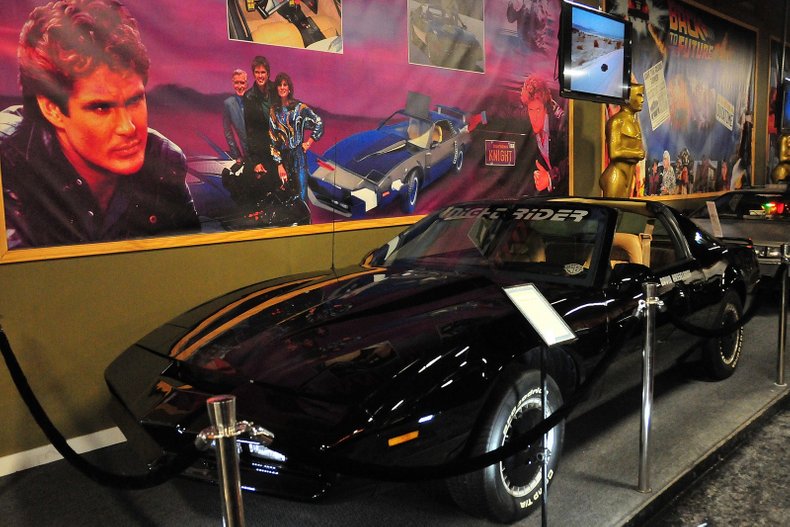 This is not your typical KITT that's been home built with mail-order parts off the internet. It was owned and professionally built by Mark Scrivani, of Marks Custom Kits, with use of the original production designs. Purchased in 1991, his shop did a complete top of the line conversion. We purchased this car 14 years ago have been displaying it in our museum since. It has a complete KITT interior from the dash to the steering wheel and both upper and lower consoles. The interior is fully wired and all the prop lights function, the digital gauges not only light up but are functional as well, including the speedometer. Has the correct KITT nose with red light-bar and taillight blackout with a reproduction license plate. Concealed inside the car is a stereo with detachable speakers that play numerous KITT verses loudly outside the car for when on display. In addition there is a power supply unit that plugs into any 110v wall outlet to power all the cars features for display use. The car itself has low miles, just under 60k, and had a professional show quality paint job. The paint still glistens but does have a few chips that have been touched up from its years of display. The interior is original and correct, the drivers seat does have some loose stitching. The car does run and drive but has not been driven on the street in 14 years, it will need to be tuned up and serviced for street use. The car comes with a certificate of authenticity as an exhibition vehicle, it has also been autographed by George Barris as part of the Barris Star Car Collection. George Barris worked on the set of Knight Rider during its later seasons.