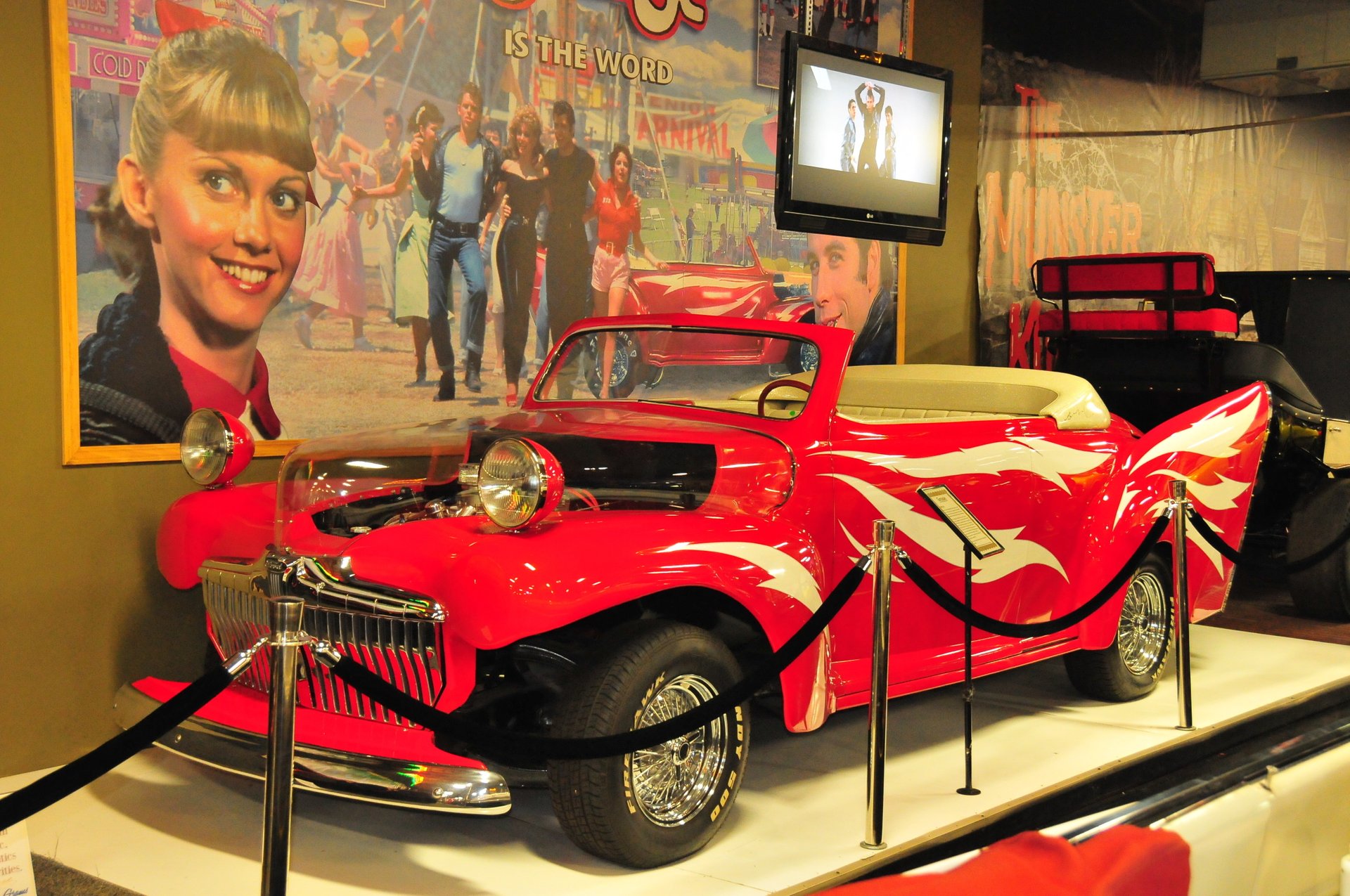 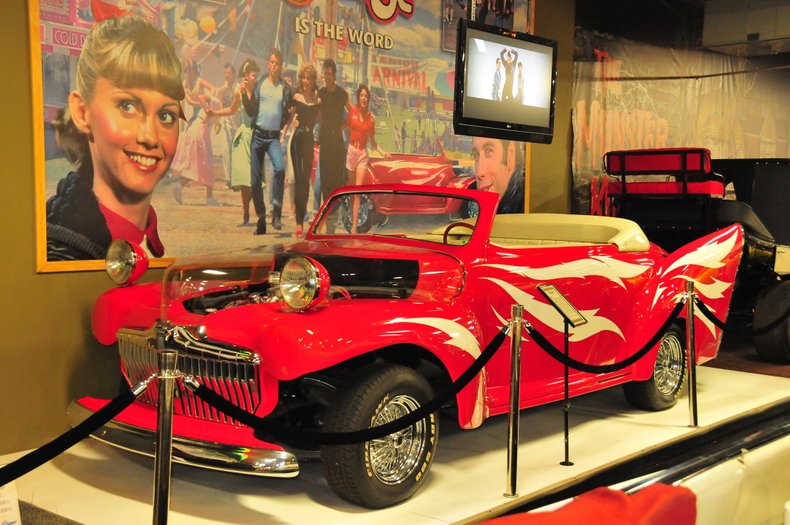 Known as Greased Lightning, this wild custom started off as a 46 Ford Coupe. It is powered by a Chevrolet 350 topped off with a set of dual quads. All the body modifications were done with steel and not fiberglass.

This car had been missing from the public's eyes for decades. It belonged to a private New York collector who had sent it to California to have it restored by one of the original people who built the car. During the restoration process, the owner died. With a balance due and the car unfinished the restoration came to a halt and it sat for many years.

The car was screen used during a Glee Grease tribute episode.