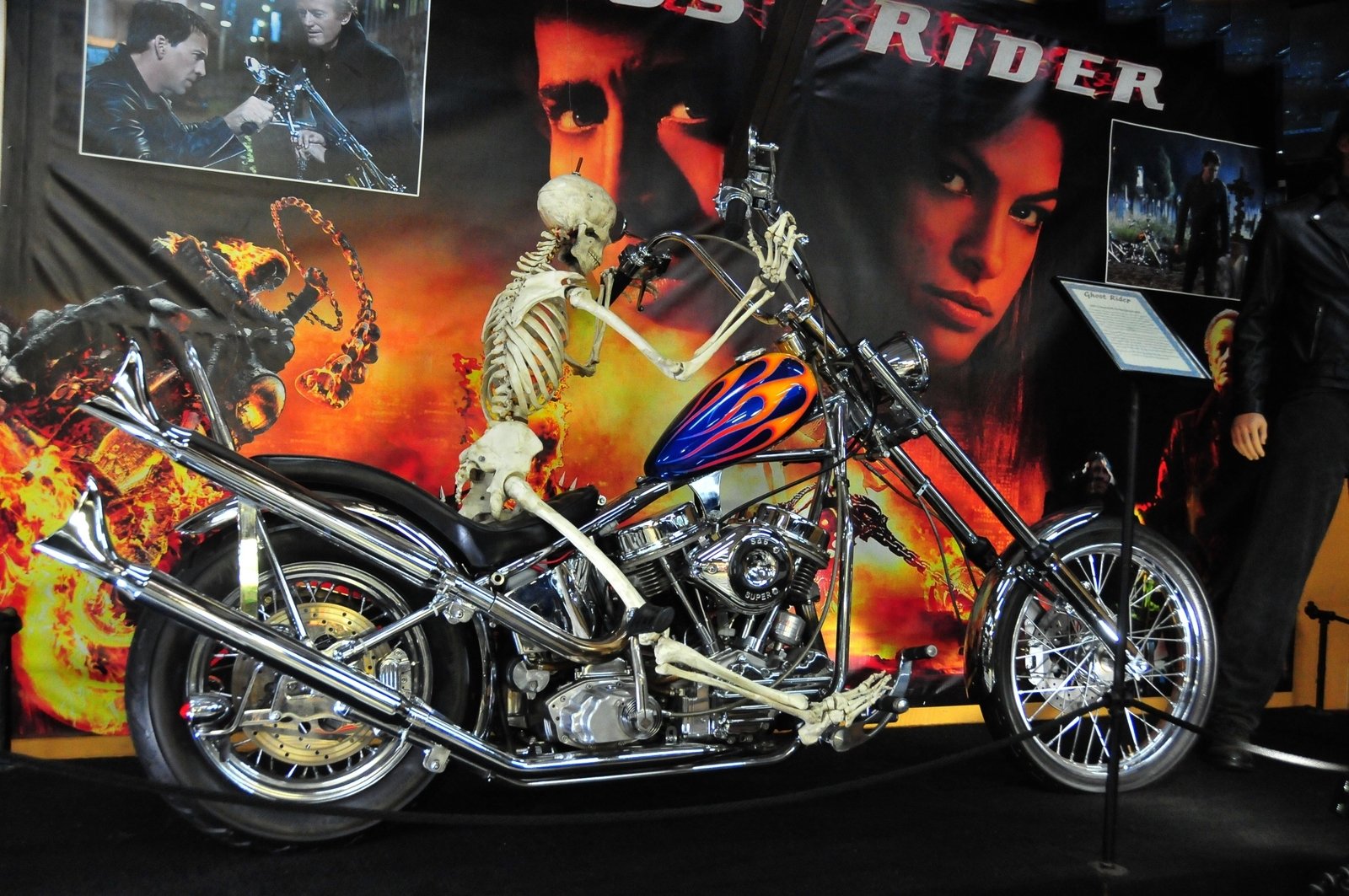 This is the actual custom chopper screen used in Ghost Rider. 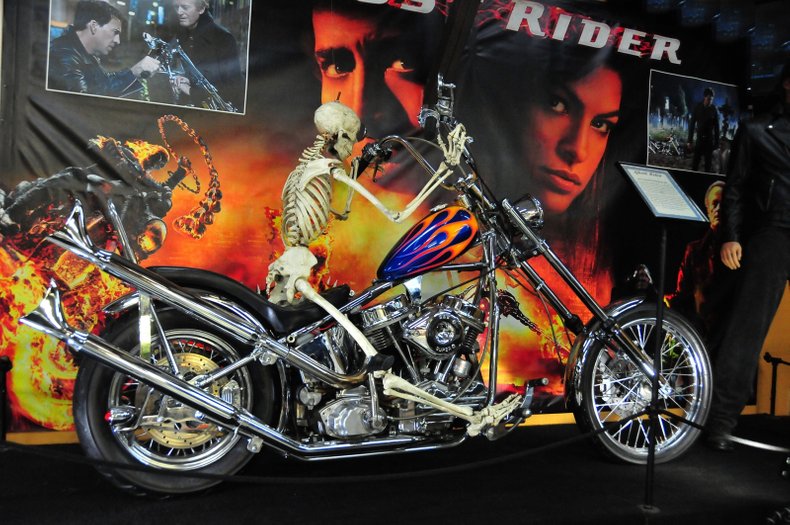 This motorcycle was specially built and screen used in the movie "Ghost Rider" with Nicholas Cage and Peter Fonda. The motorcycle was to replicate a 1960's era pan-head Harley. More specifically it was to resemble the famous Captain American chopper driven by Peter Fonda in 1969 movie "Easy Ride". Peter Fonda even made a humors reference in the movie saying "Nice bike!" when he had first seen it. This motorcycle is what the industry refers to as the "hero" bike. It was the one that was built for the glamour shots and not to be damaged. Other motorcycles and prop bikes were built and used for stunt work. This bike was built with all modern parts, see the kick starter? It's fake and was installed for visual effects only, the bike is actually electric start. The Volo Auto Museum acquired this bike directly from the studio's transportation department.

This car is available from Volo Classics, Call us at