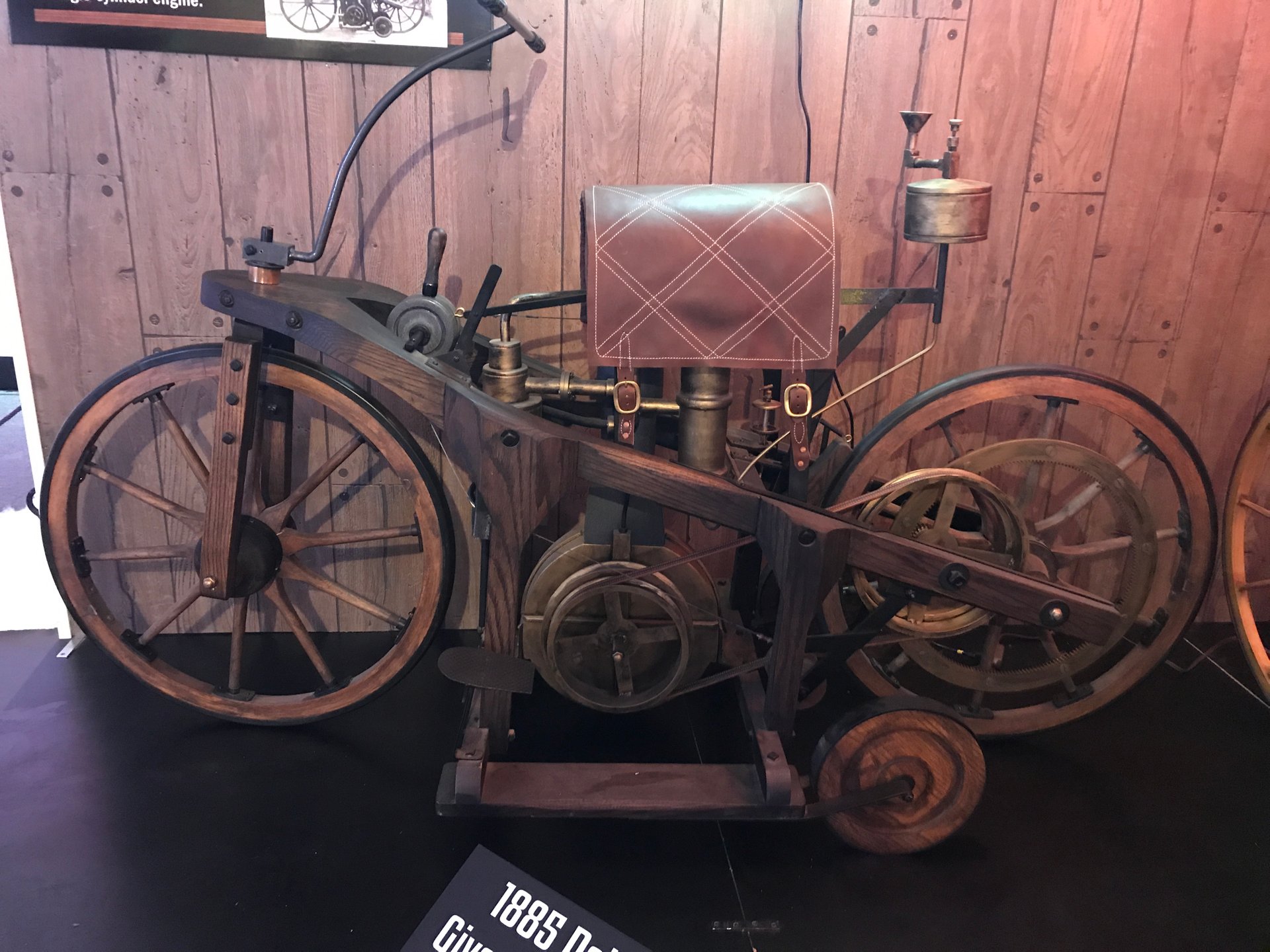 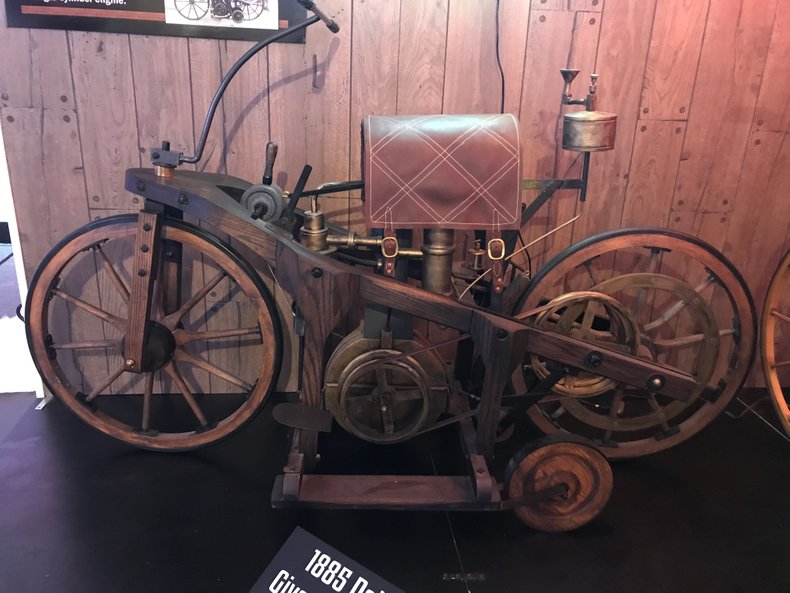 The Daimler Petroleum Reitwagen was a motor vehicle made by Gottlieb Daimler and Wilhelm Maybach in 1885. It is widely recognized as the first motorcycle. Daimler is often called "the father of the motorcycle" for this invention. Even when the three steam powered two wheelers that preceded the Reitwagen, the Michaux-Perreaux and Roper of 1867–1869, and the 1884 Copeland, are considered motorcycles, it remains nonetheless the first gasoline internal combustion motorcycle, and the forerunner of all vehicles, land, sea and air, that use its overwhelmingly popular engine type.

Incoming
Frame off restored, 350, auto, a/c. dialed in for go and show.