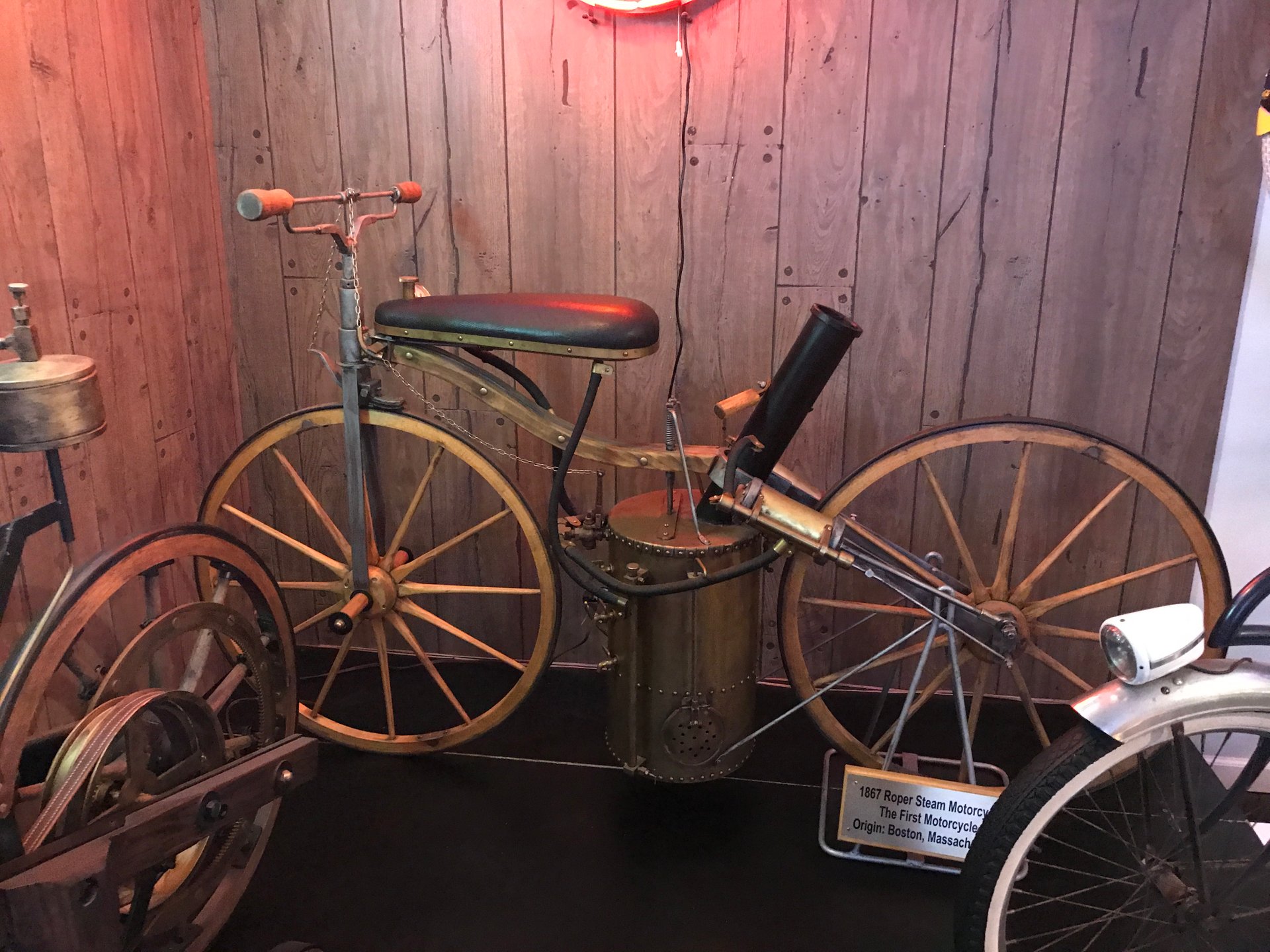 Said to be the first motorcycle, but often argued because it is powered by steam. 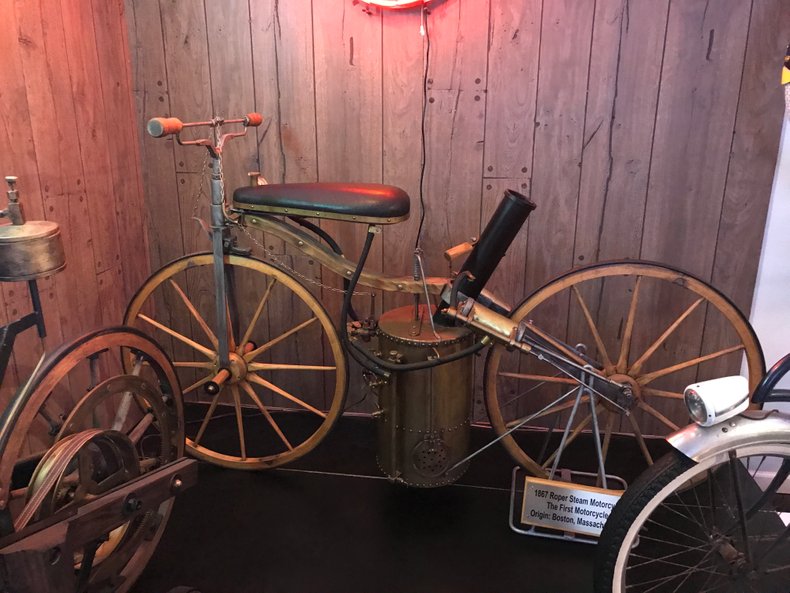 The Roper steam velocipede was a steam-powered velocipede built by inventor Sylvester H. Roper of Roxbury, Boston, Massachusetts, United States sometime from 1867–1869. It is one of two machines which have been called the first motorcycle, the other being the 1885 Daimler Reitwagen. Though the Reitwagen came many years later than the steam cycles, it is often, perhaps most often, known as the "first motorcycle" because there is doubt by some experts that a steam cycle meets the definition of a motorcycle.
After his initial prototype of the late 1860s, Roper built a new and revised version in 1884, based on the then state of the art safety bicycle frame type. Sylvester Roper died of an apparent heart attack while riding this machine in 1896.