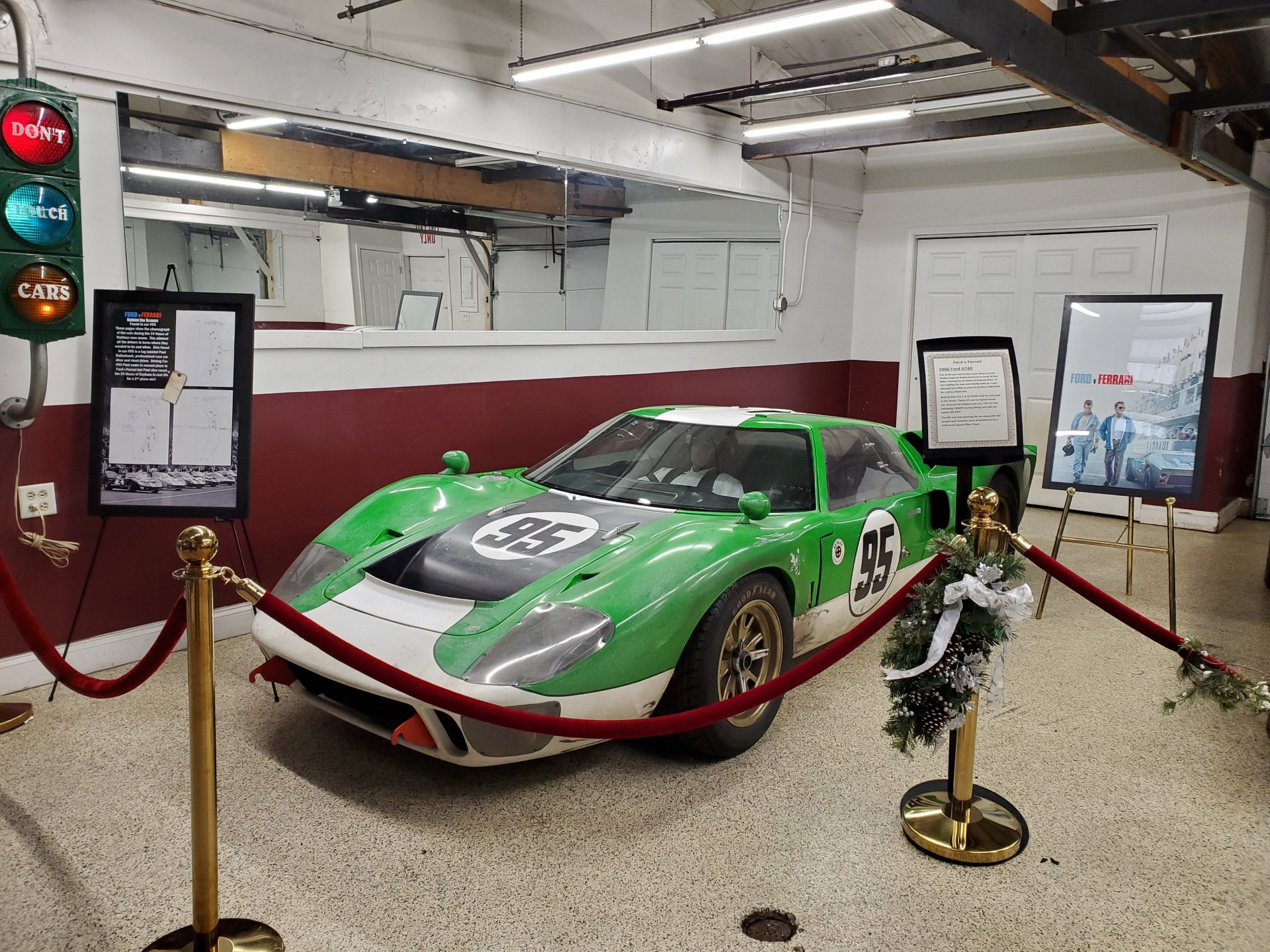 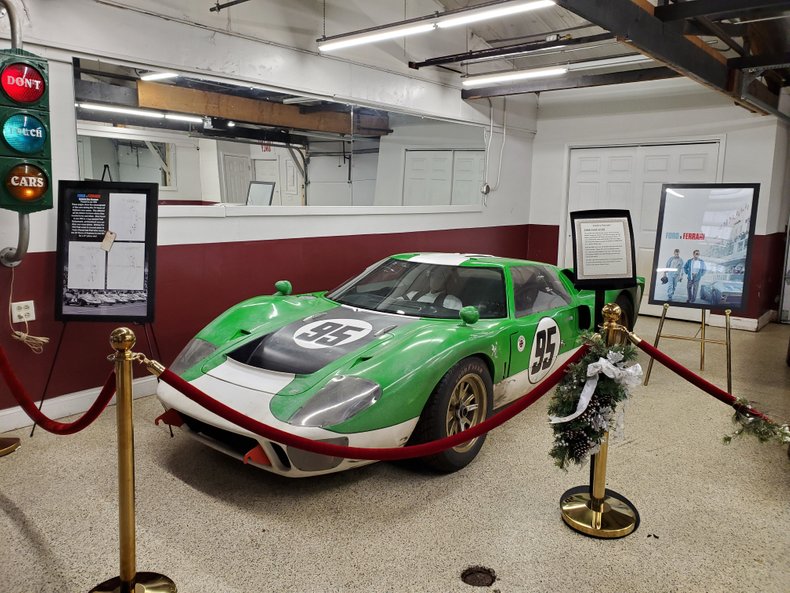 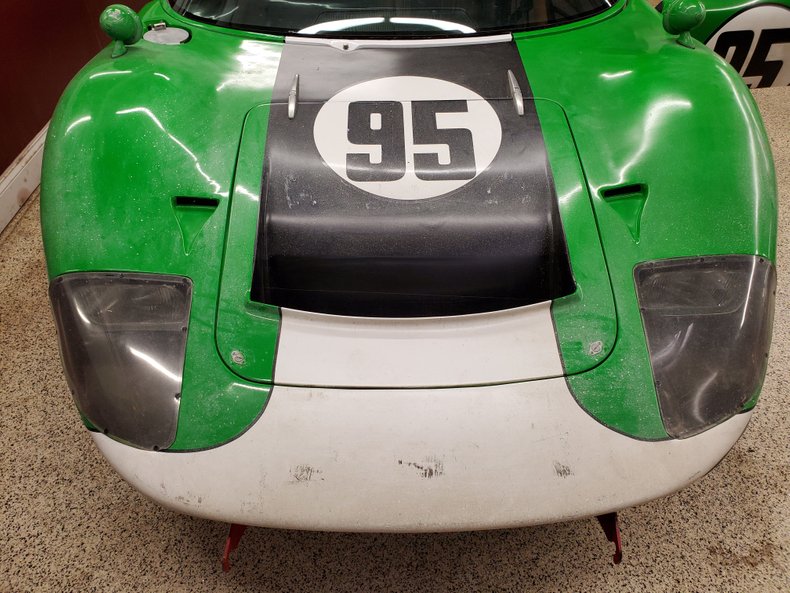 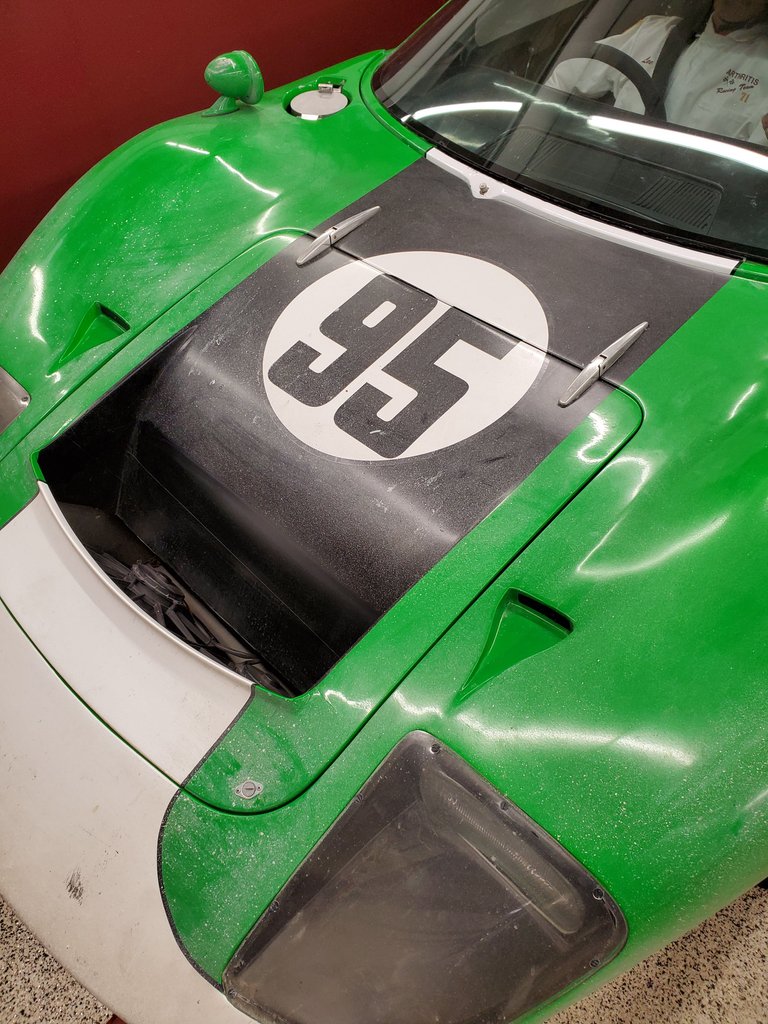 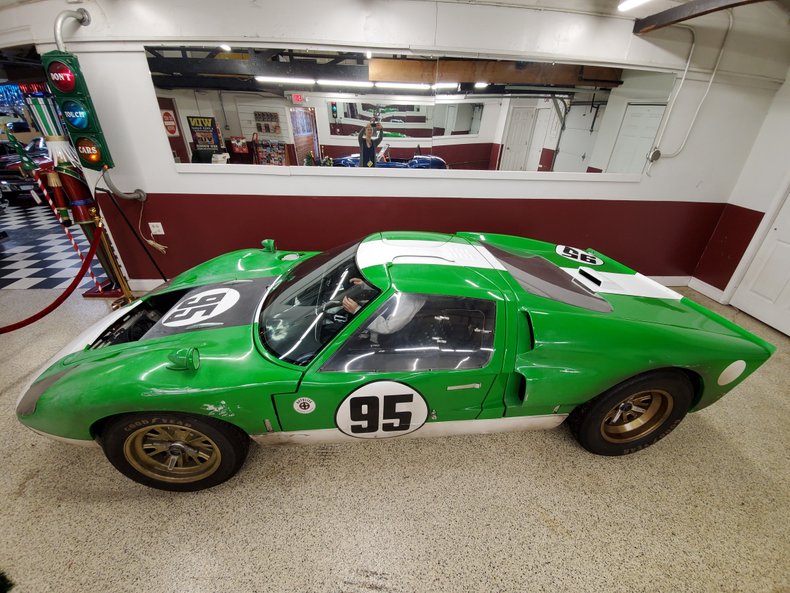 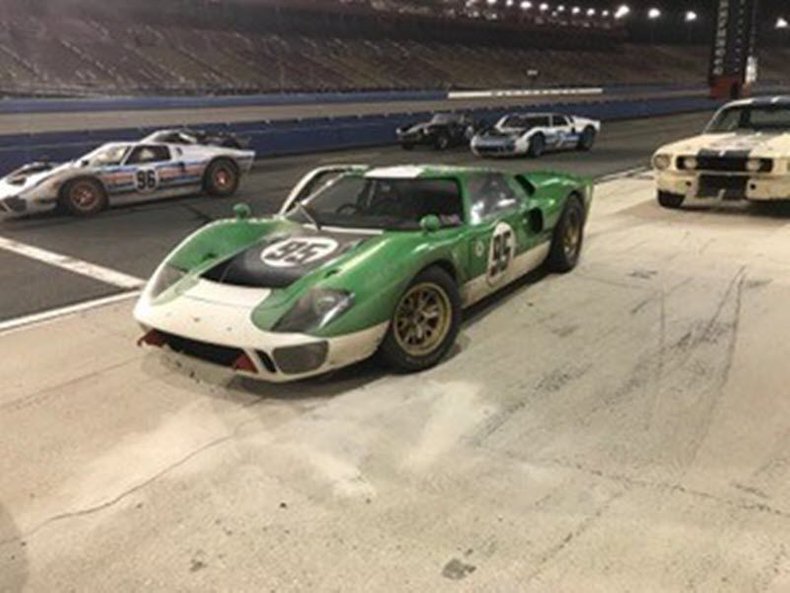 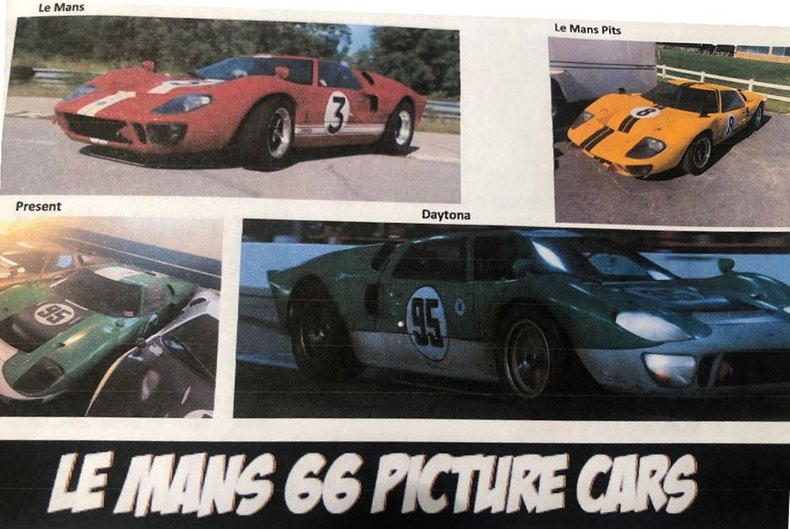 Ford v Ferrari will go down in history as one of the best all time car movies and we have a piece of it! This is 1 of 12 GT40s built and used in the movie. Built by RCR the isn't your typical movie car, its a real race car ready to hit the track. For the movie the car was driven by professional race car driver Paul Dallenbach. He drove the car an average of 130 MPH during the film shoot.

The attention to originality details are so incredible it will have any enthusiasm asking if its an original GT40. The chassis is identical to a real GT40 but upgraded to aluminum instead of steel. The body was molded from an original car and is the exact same dimensions unlike many aftermarket kits. Even the tires were stenciled with era correct white lettering. At the studios request, all the cars used on set, Ferrari's, Porches, etc. were to have identical drive-lines for ease of maintenance and repairs. They chose a powerful 430 HP LS3 and powered it through a Porsche trans-axle.

While only 12 GT40s were built for the movie, there were more than a dozen seen on screen, how? The cars were recycled. This particular car appeared on screen as 3 different cars, the red Dan Gurney #3 car that raced at LeMans, the yellow Alan Mann Racing # 8 also used in the LeMans scene and lastly as the green Holman and Moody #95 car. It was predominantly seen in the 24 Hours of Daytona scene as the car leading the race, that is until Carroll Shelby help up a sign saying "7000" allowing Miles to push his car to the limit and winning the race.

For the movie the special effects team used Hollywood Make up to give it a "just off the track appearance" with painted on dirt, brake dust and scraps of all sorts.

Bought directly from production the car is fully documented.

Incoming
To Be Auctioned No Reserve April 14 - 21st at Volocars.com