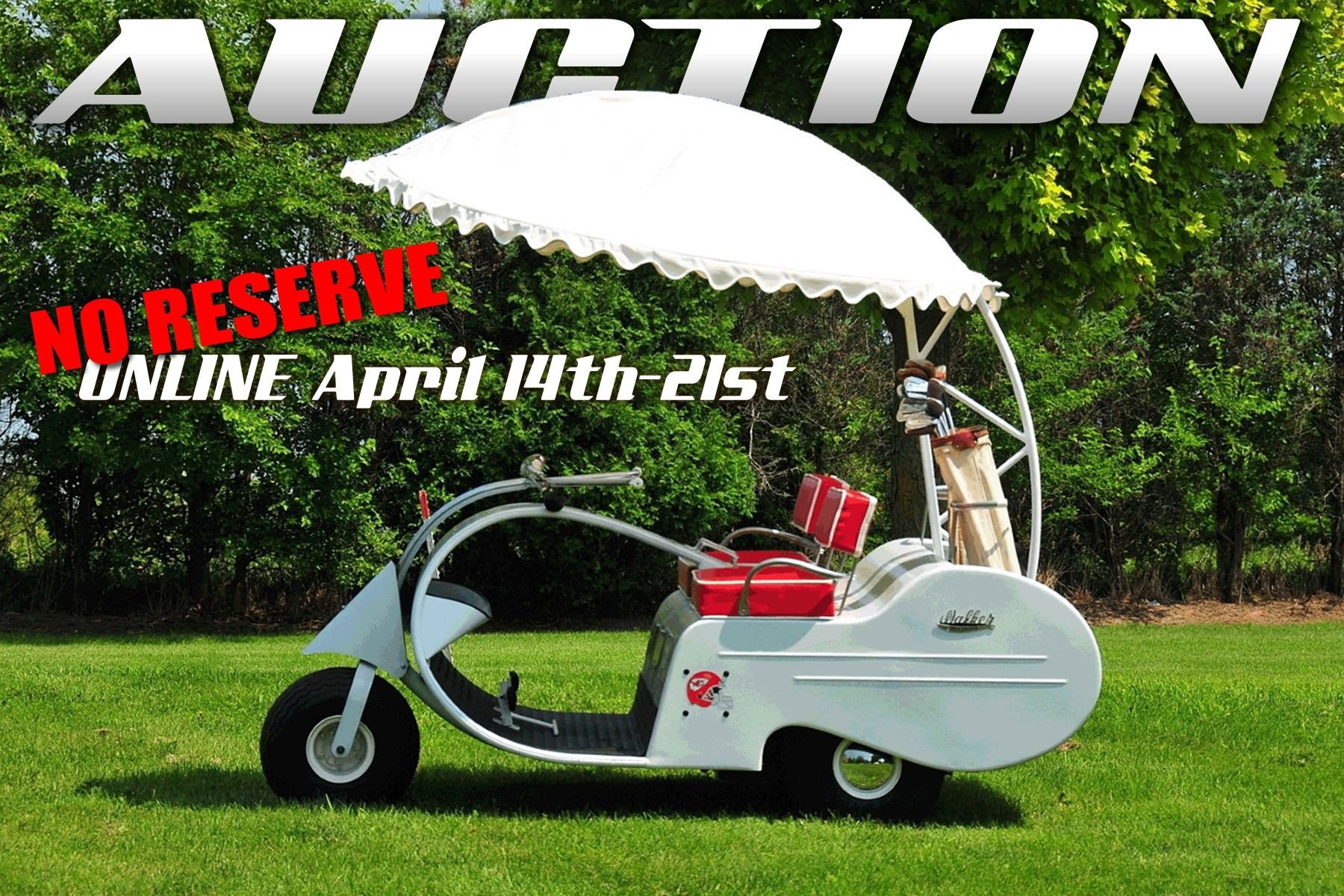 MUSEUM DISPLAY VEHICLE, TO BE AUCTIONED NO RESERVE APRIL 14 - 21ST AT VOLOCARS.COM 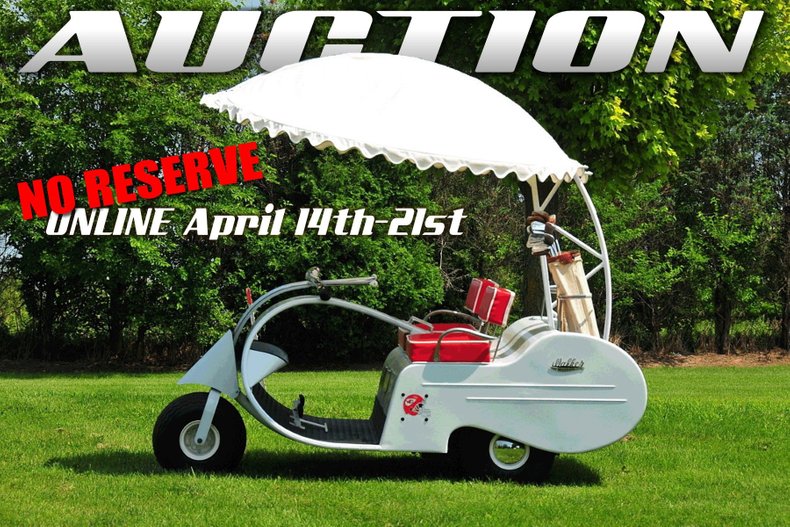 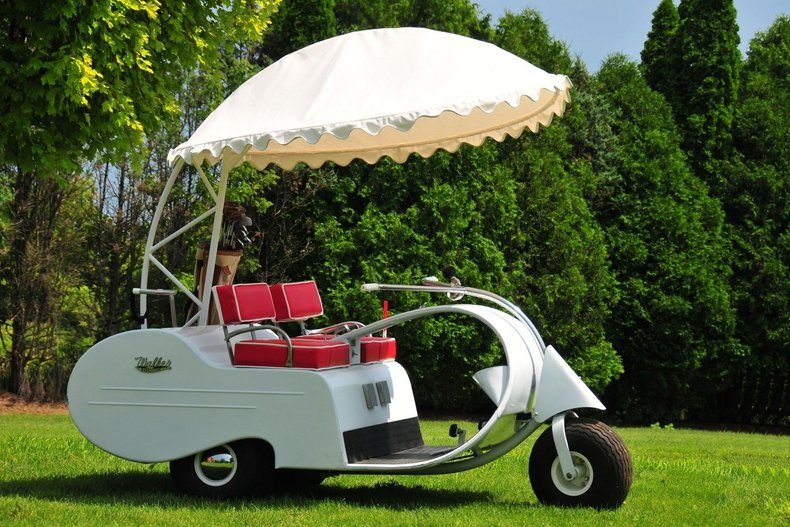 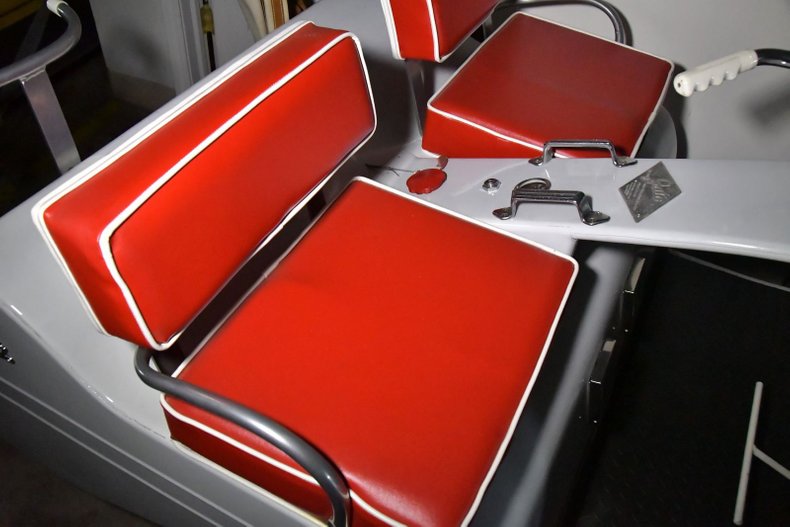 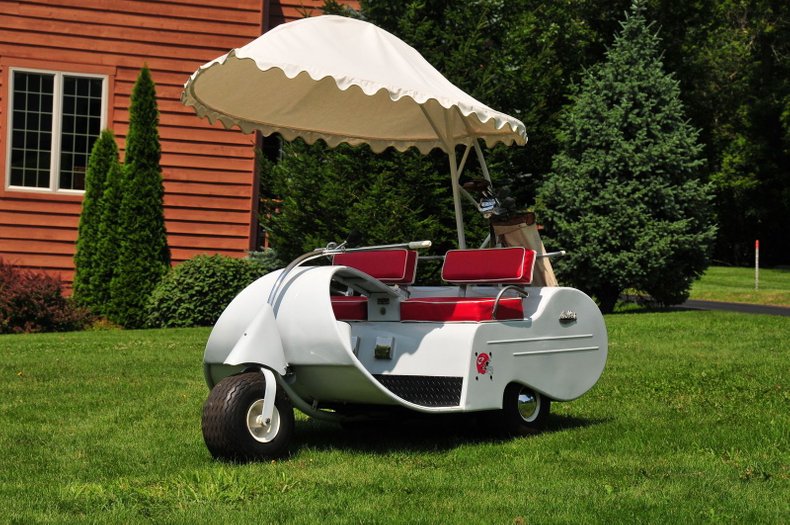 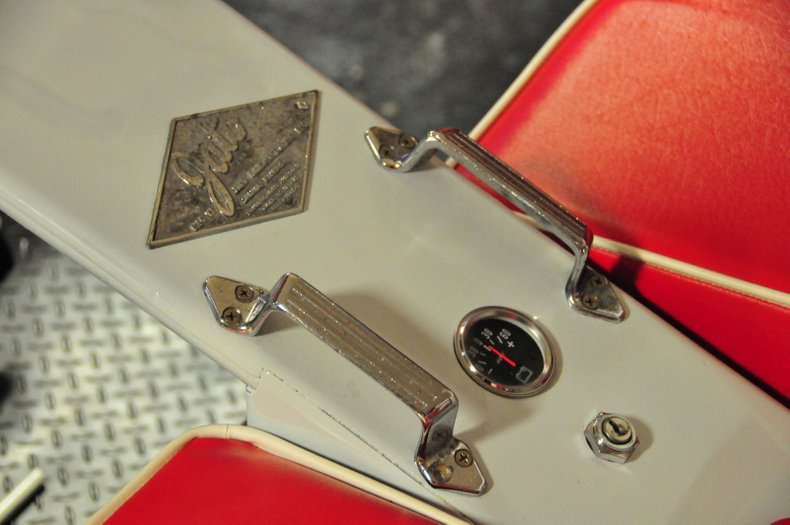 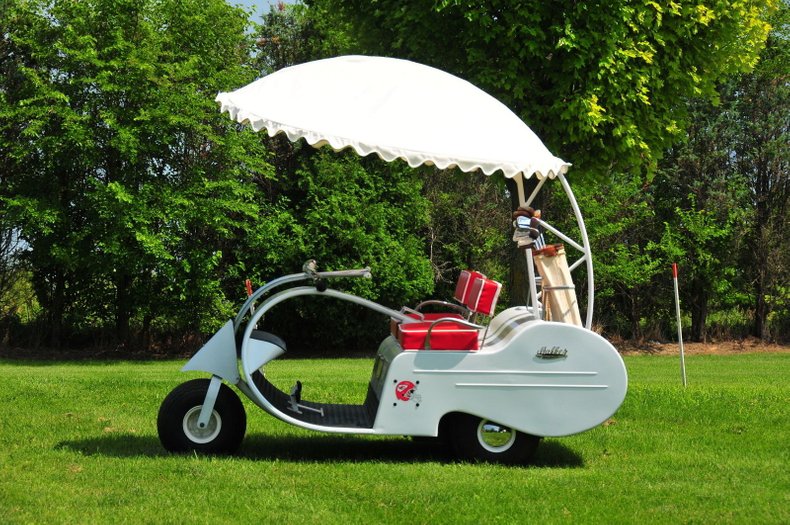 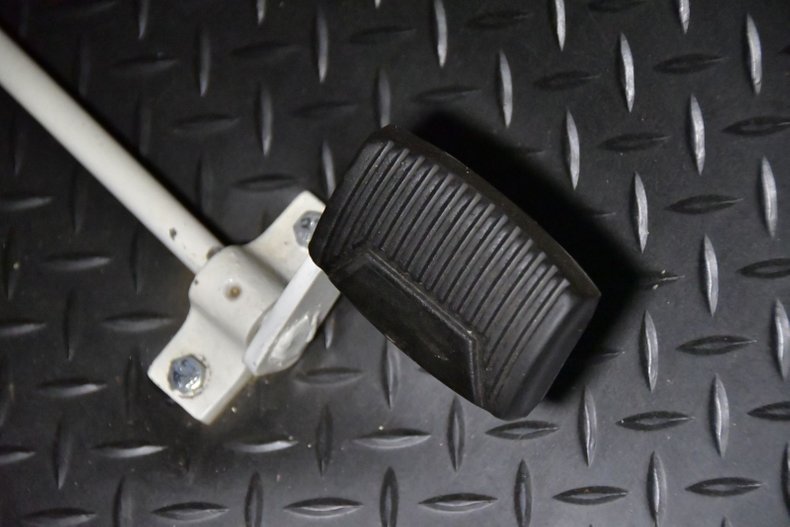 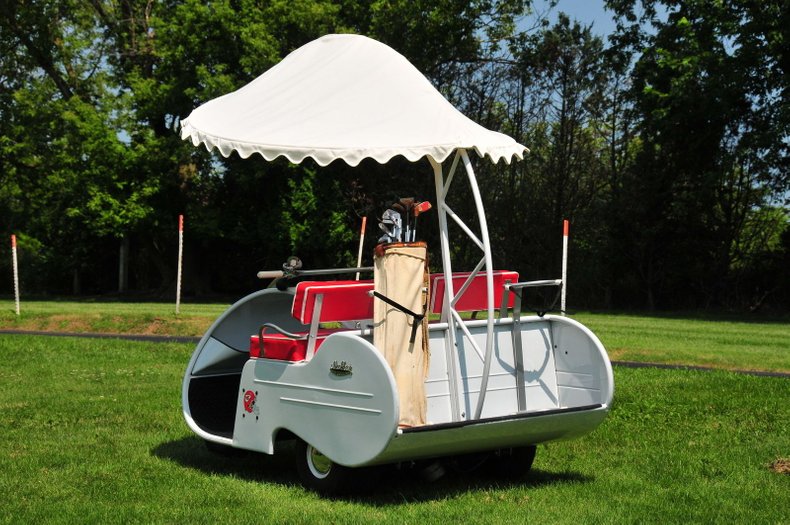 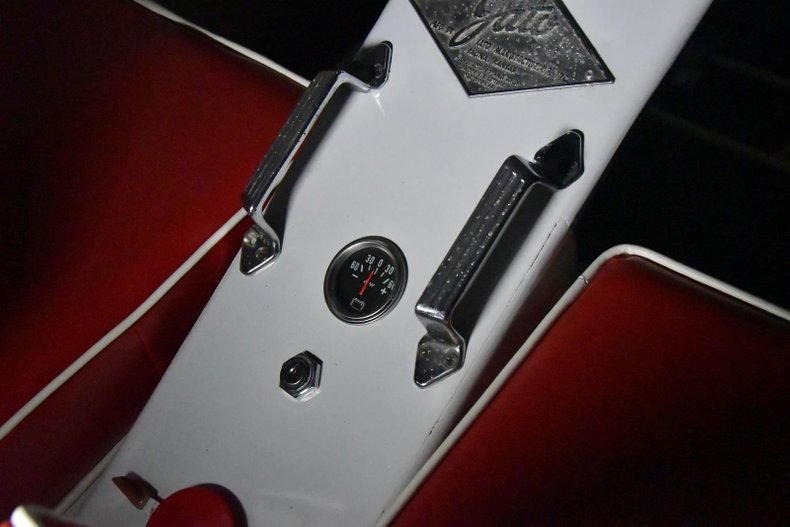 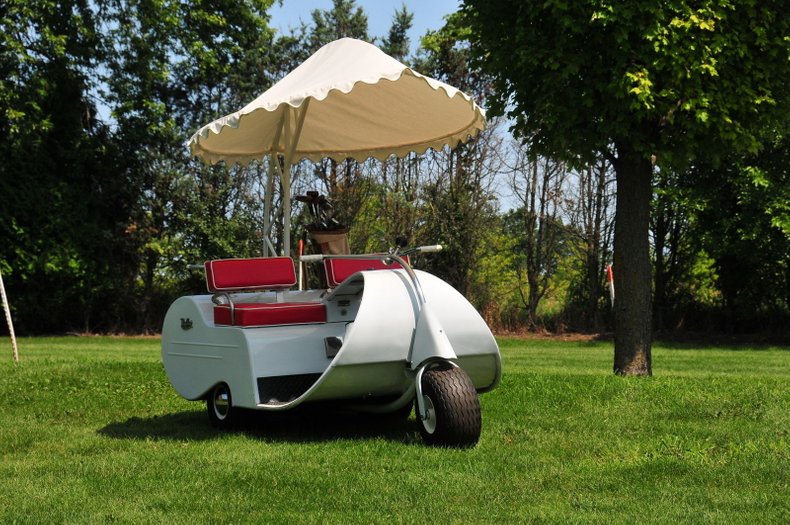 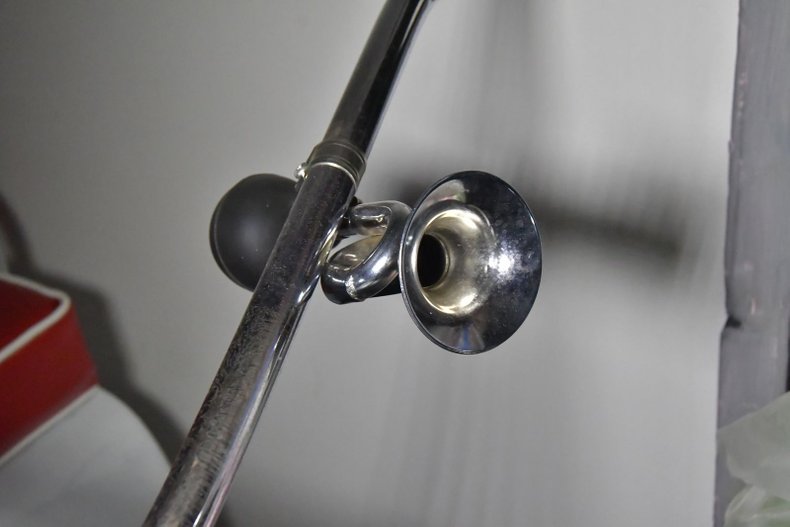 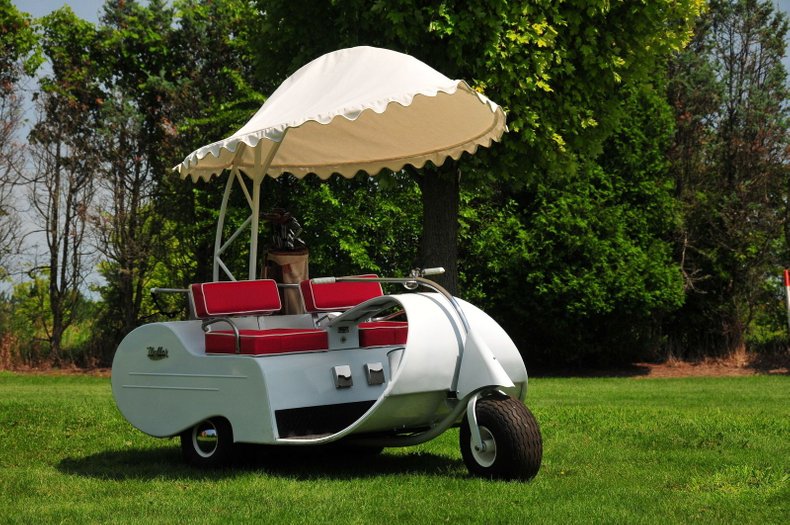 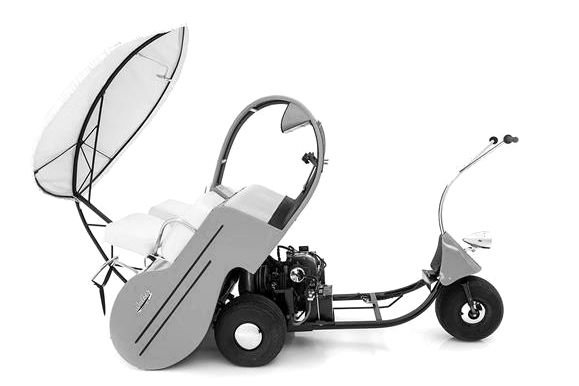 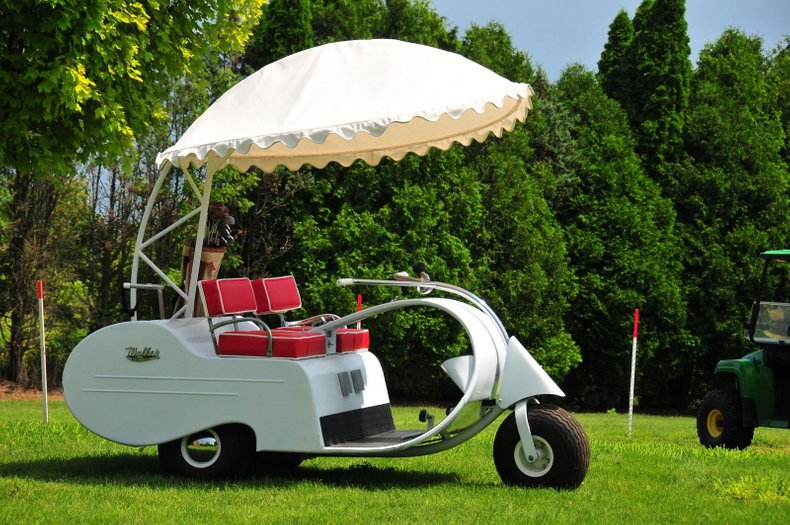 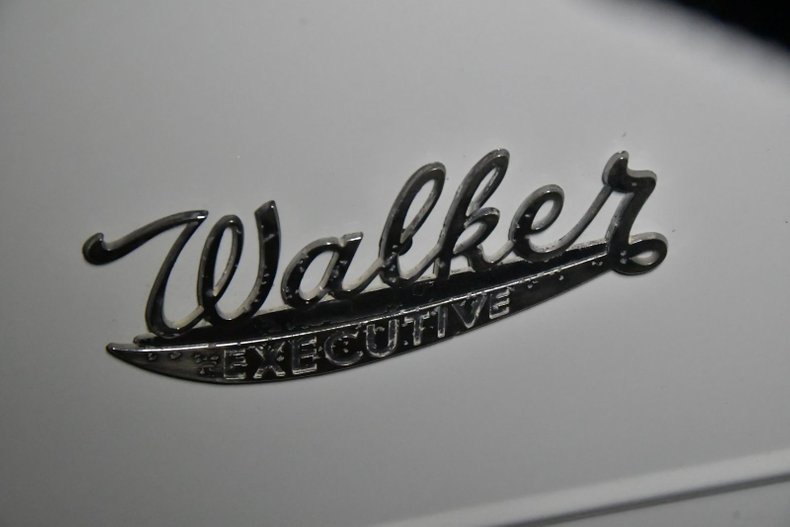 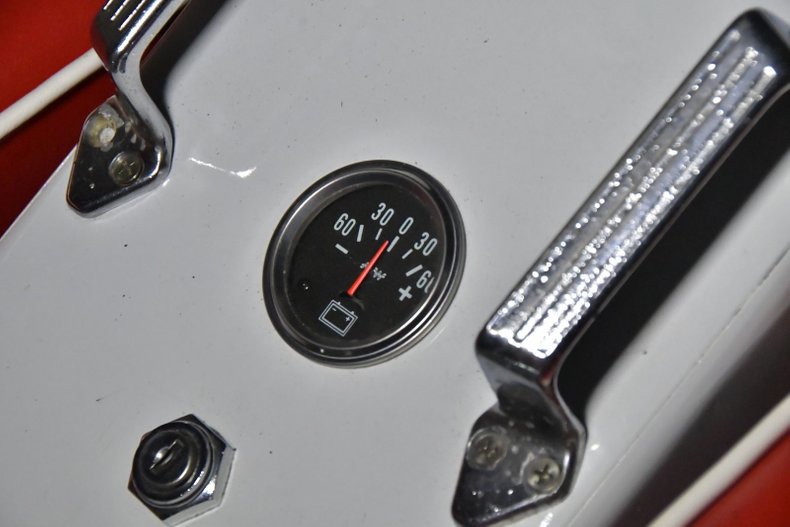 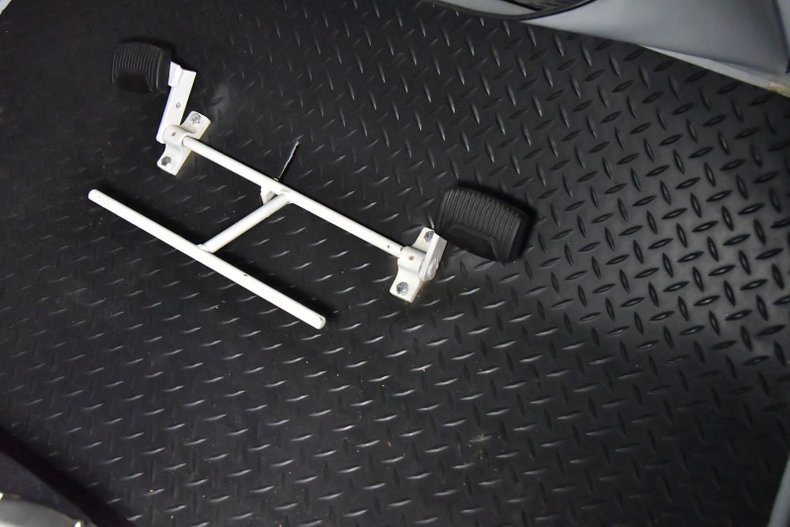 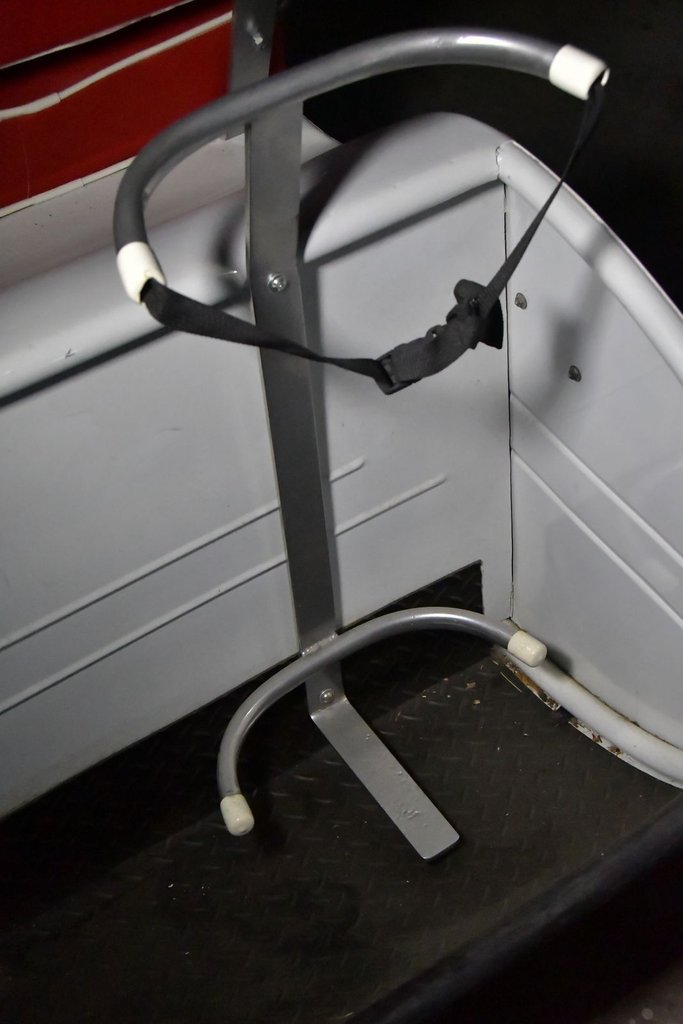 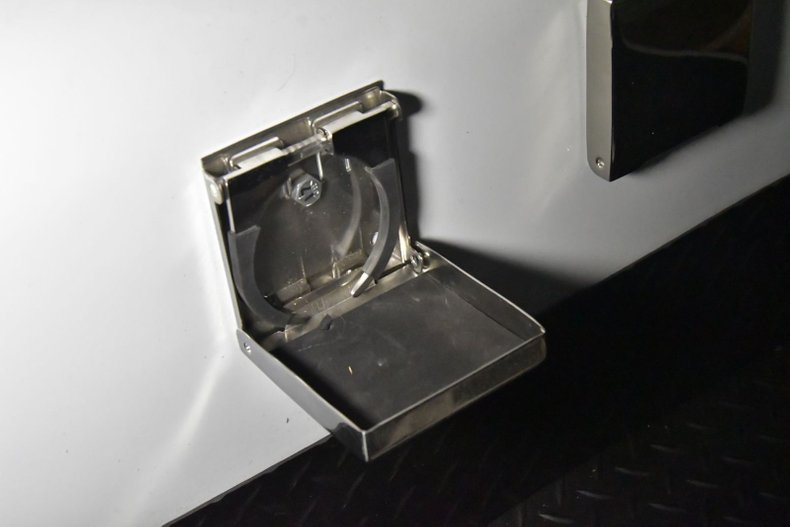 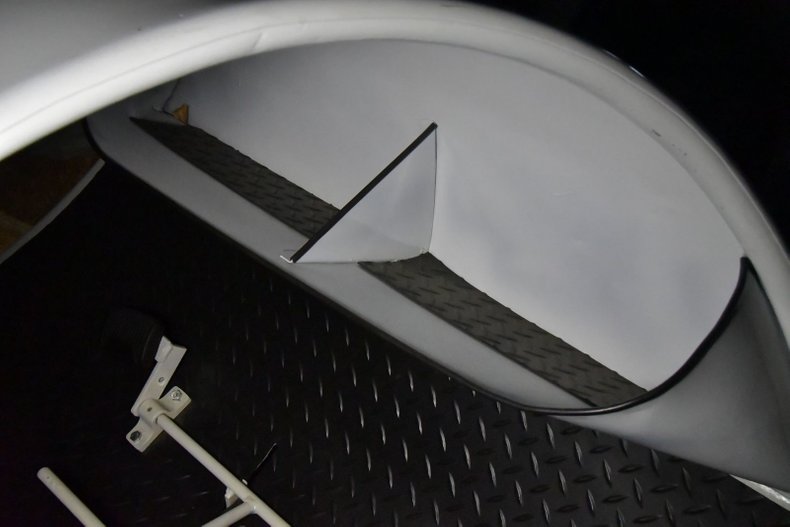 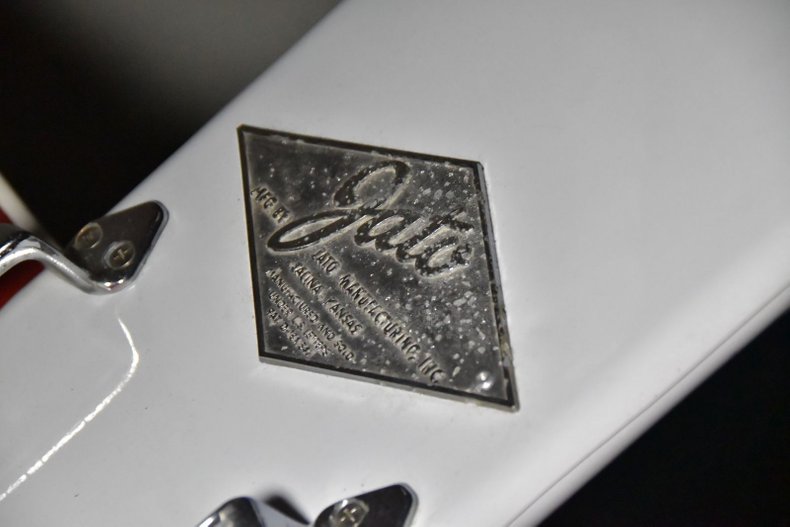 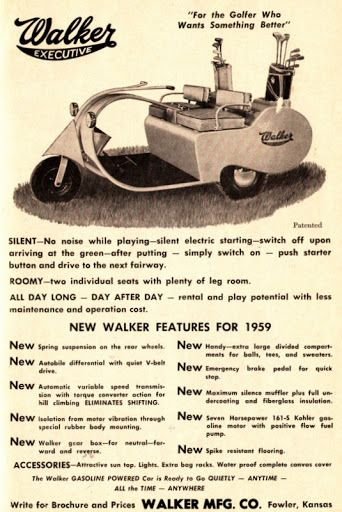 The powered golf cart first came into use in the 1930s, but its popularity exploded in the 1950s, particularly in America, with companies like Marketeer, E-Z-Go, and Cushman all offering battery-powered carts with varying success. As their popularity grew, designs evolved rapidly, with ever-increasing emphasis on style and amenities.

Kansas farmer and inventor Max Walker developed the first production gasoline-powered golf carts in 1957 after growing frustrated by electric carts with batteries that often failed to last an entire round of play. Walker designed a relatively simple tubular chassis with three-wheels and a rear-mounted eight-horsepower four-cycle Kohler engine. He included tiller steering and conjoined controls so it could be driven from either seat, and a tilt-up body for easy access to the mechanical bits. But what set the Walker Executive apart was its marvelous space-age styling, with a sweeping, Vespa-like front end, skirted rear fenders, and a cantilever umbrella-style surrey top. As battery technology improved, Max Walker quickly lost interest in the project and sold the rights to Jato Manufacturing of Salina, Kansas, which produced gasoline and electric versions of Max Walker's fabulous design well into the 1960s.

This Walker Executive by Jato is a desirable early petrol-powered model that was the subject of a comprehensive restoration in 2014. Presented in a delightful white and red livery, it is ideally suited to regular enjoyment at a wide array of venues. The vibrant paintwork is in fine order and the body features a surrey top, twin golf bag carriers, and a mix of restored and preserved original chrome. The wheels feature correct streamline disc-style covers with newer turf tires, replaced during the restoration. Restored red vinyl seats and the white canvas top are in good order, and lifting the body reveals a clean and tidy Kohler engine with electric start. It ran well and was a delight to drive prior to being put into storage in 2018.

The Jato Walker Executive is a charming bit of mid-century modern design, and this finely restored example would be at home in virtually any eclectic collection of classic vehicles or memorabilia. Sold on Bill of Sale.