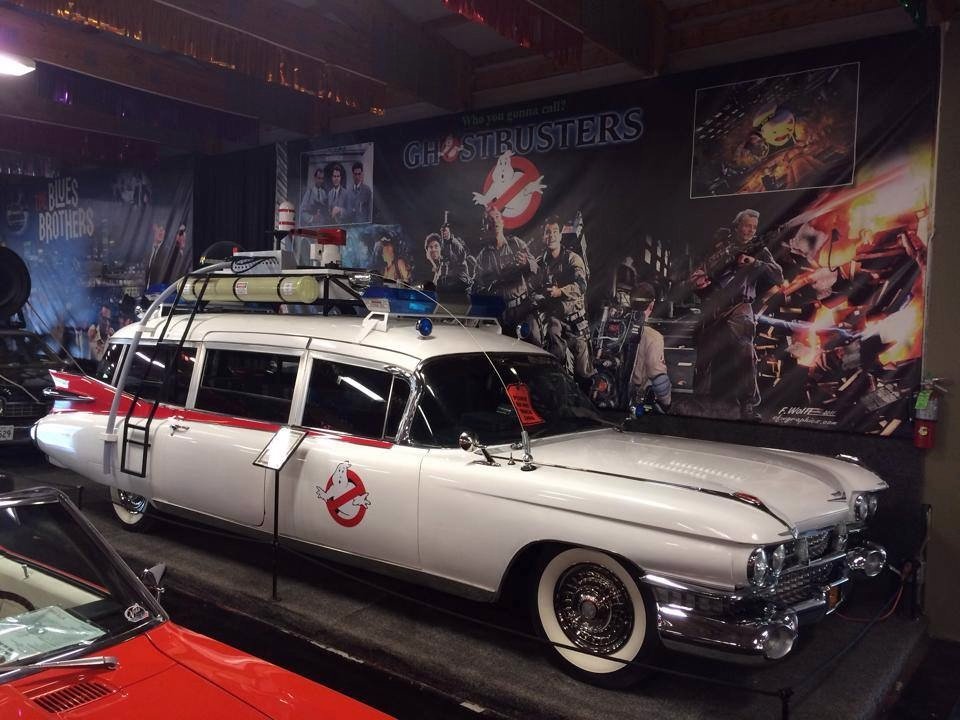 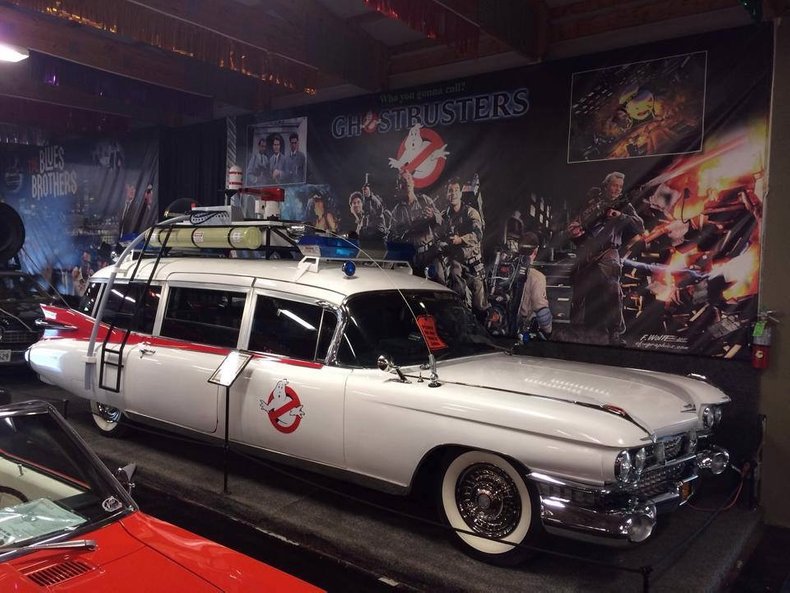 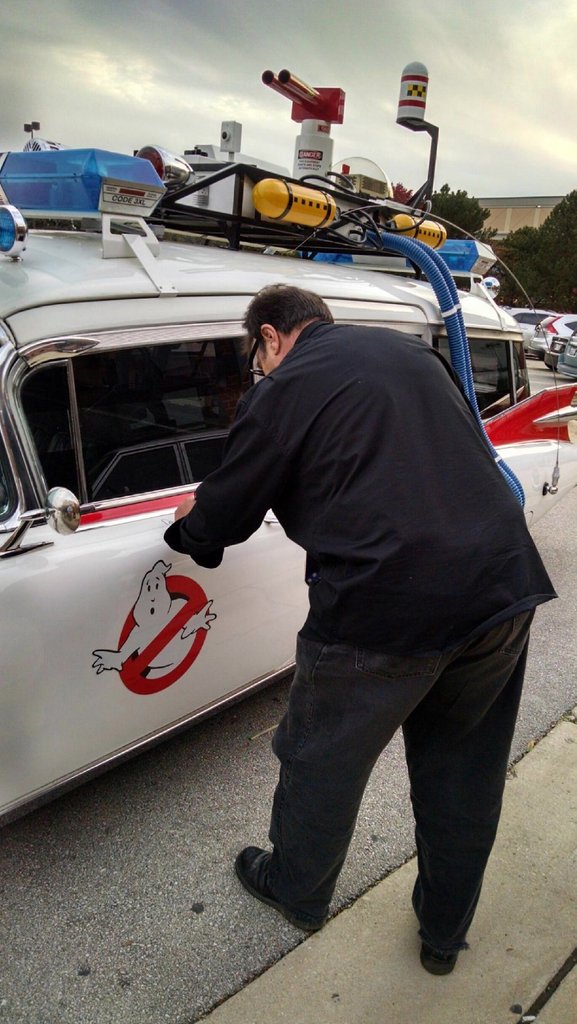 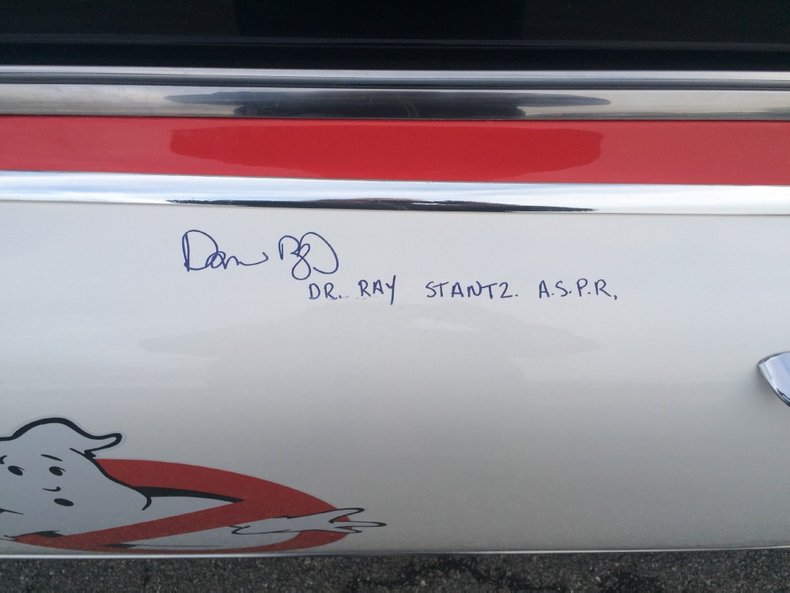 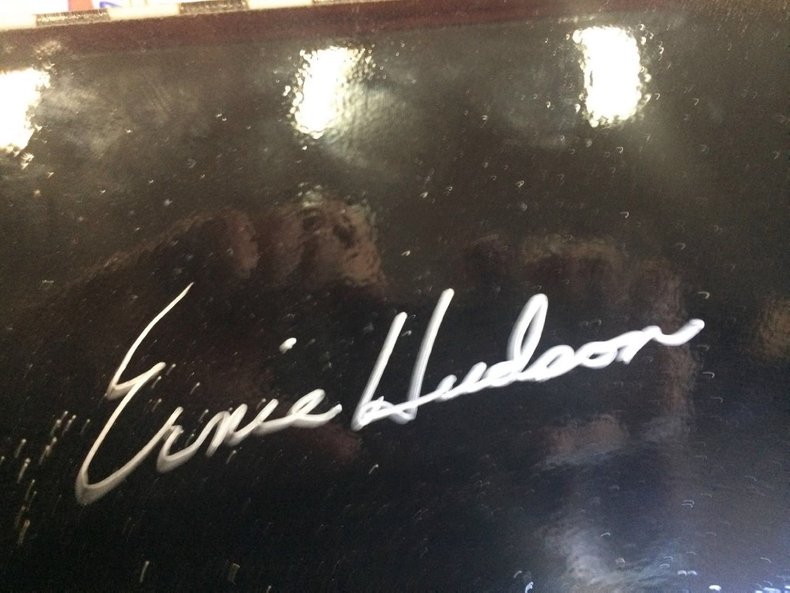 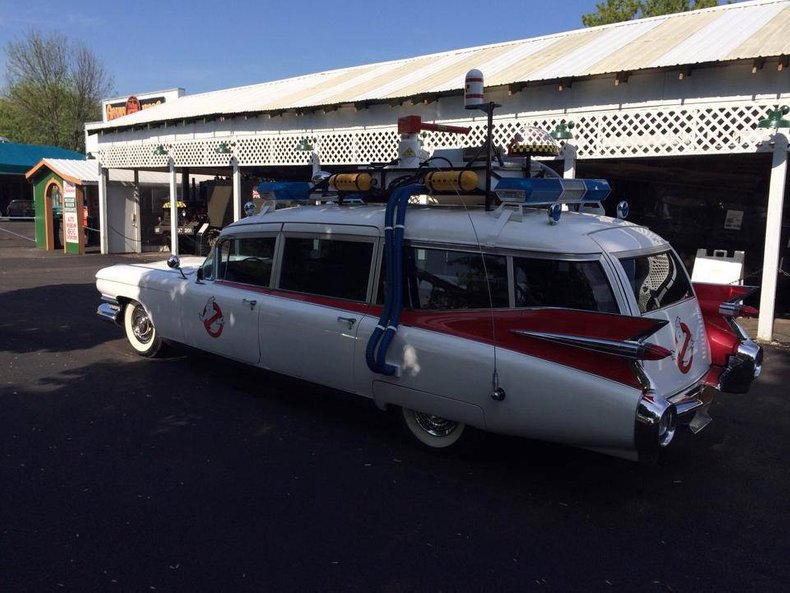 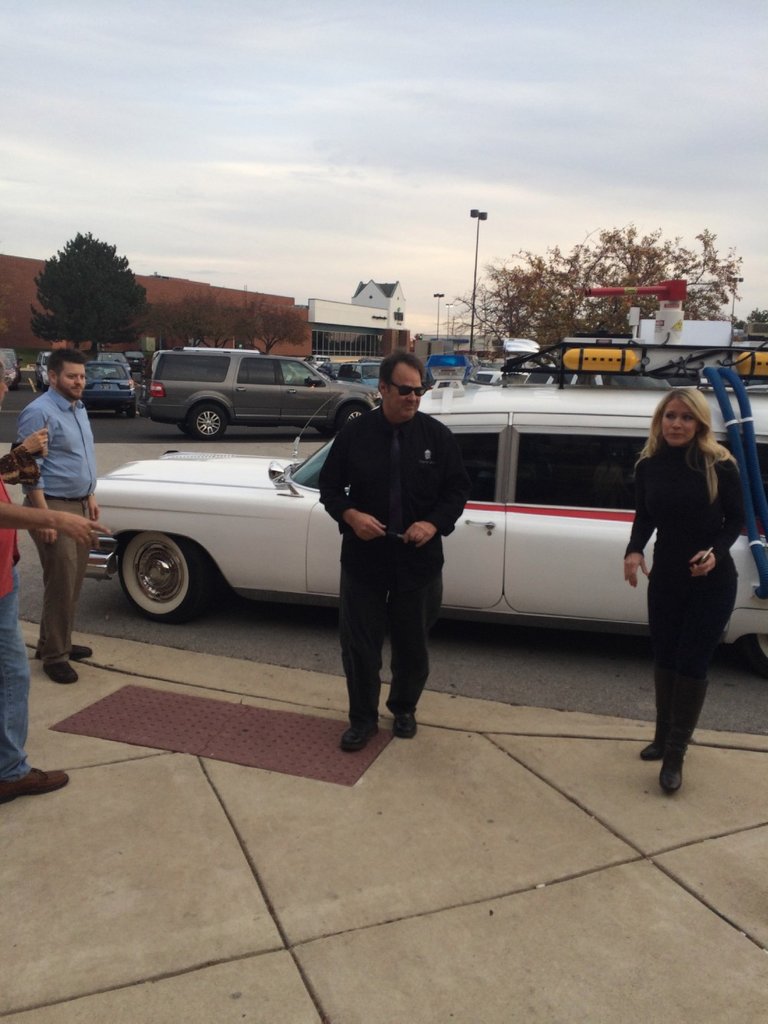 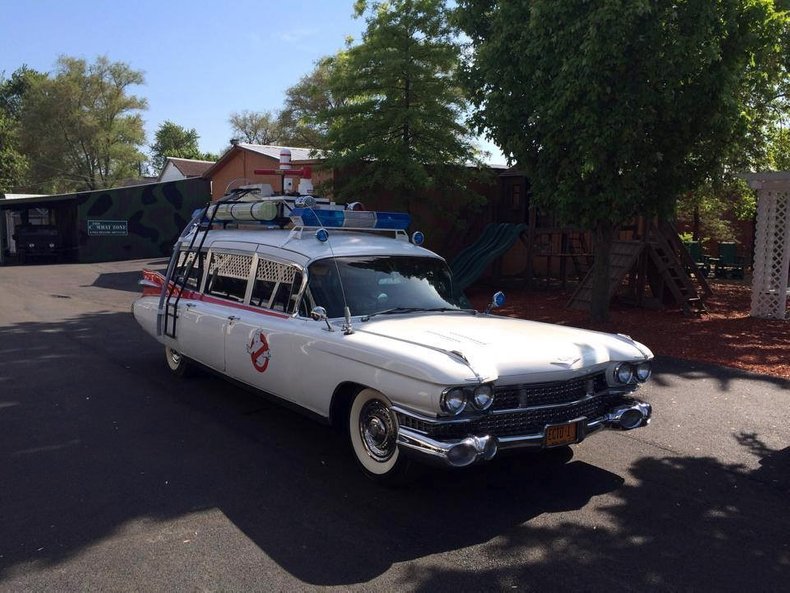 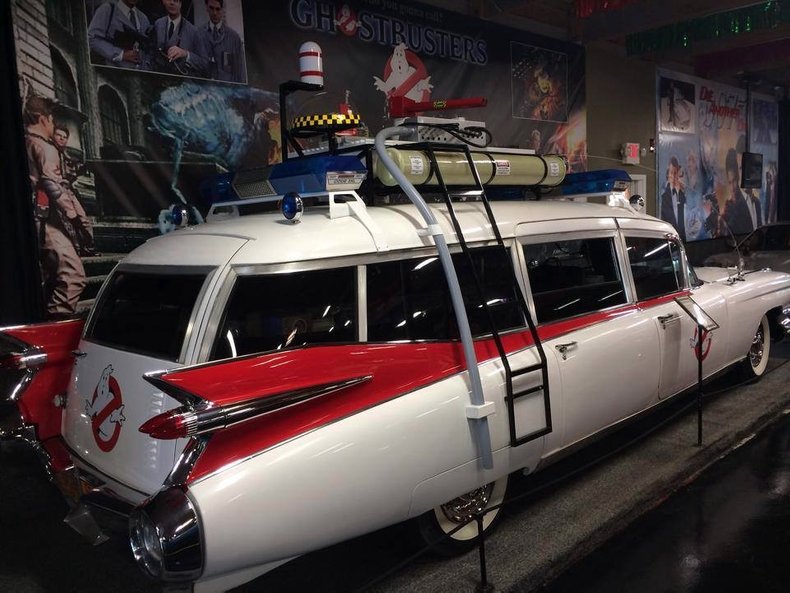 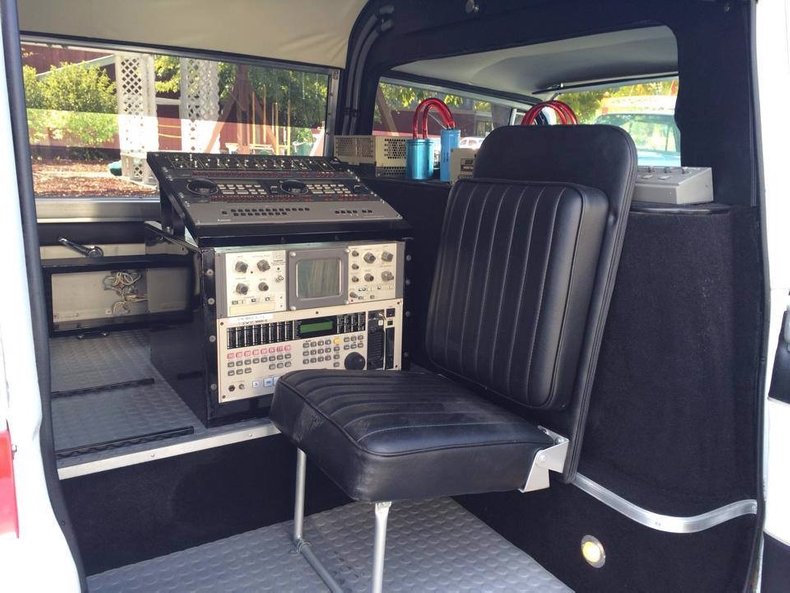 Known as Ecto-1 this car is recognized from the iconic 80s movie Ghostbusters. The car is as much of a character as the actors themselves; except it has aged better.The 1959 Miller Meteor is a very car, only about 25 were ever produced. Of that, two were converted into Ecto-1s for screen use. One car was used in part 1, Ecto-1 and one car for part 2, Ecto-1a. Sony currently owns both screen used cars. Additional cars were built by Universal Studios for touring, theme park use and exhibition. This Cadillac had a life in the movie business and was screen used before being converted into an Ecto-1 for exhibition. And the saying goes, in Hollywood, nothing is as it seems. Because of the difficult task of finding a proper 59 Cadillac MM, they sometimes have to make do with what is available. This Cadillac is actually a 1960 and was dressed up in 59 trim, including the addition of the huge fins that the 59 Cadillac is famous for. Volo Auto Museum acquired this car directly from the transportation department and then had it restored. Authentication includes bill of sale from the transportation department. Also signed by Dan Aykroyd and Ernie Hudson.