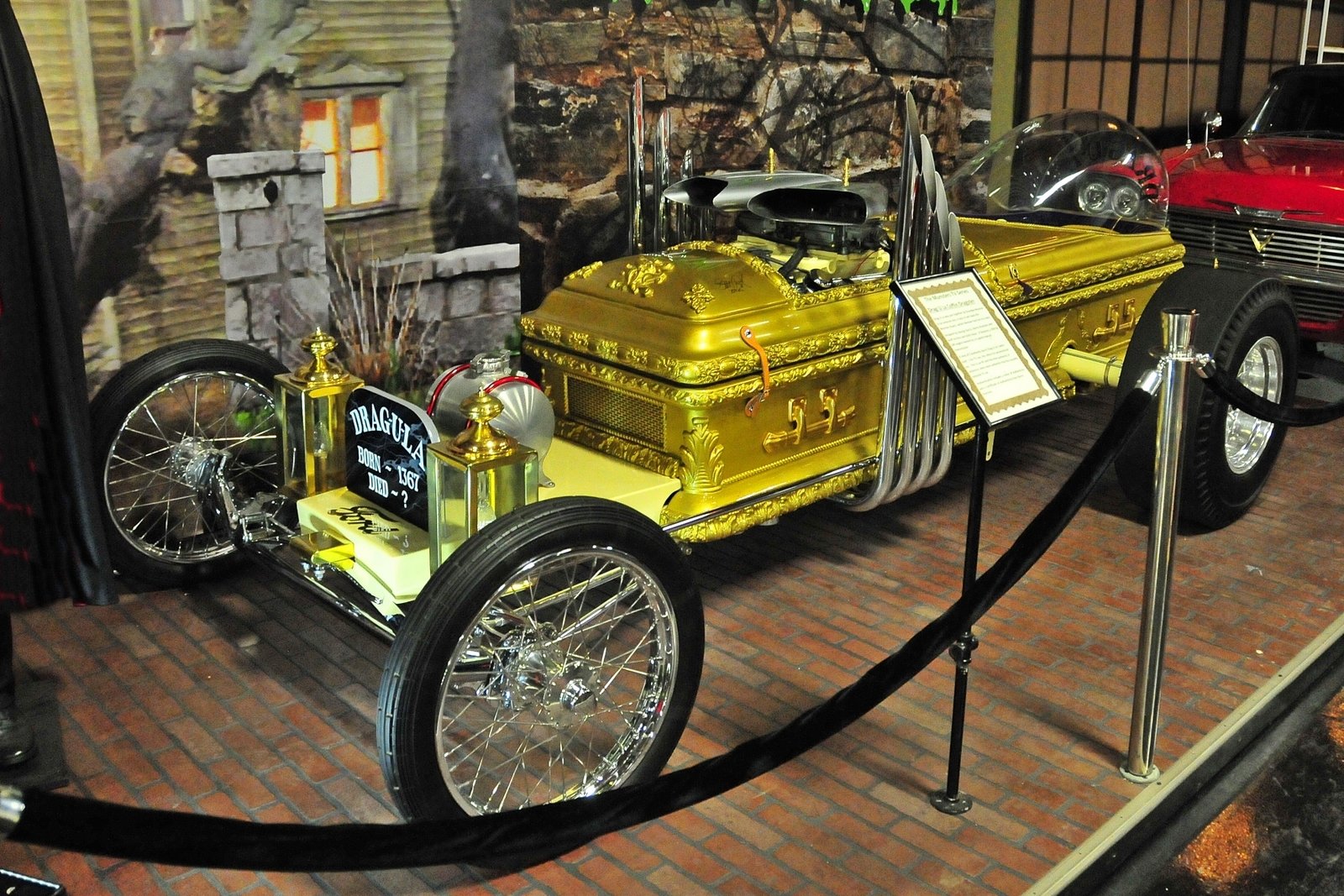 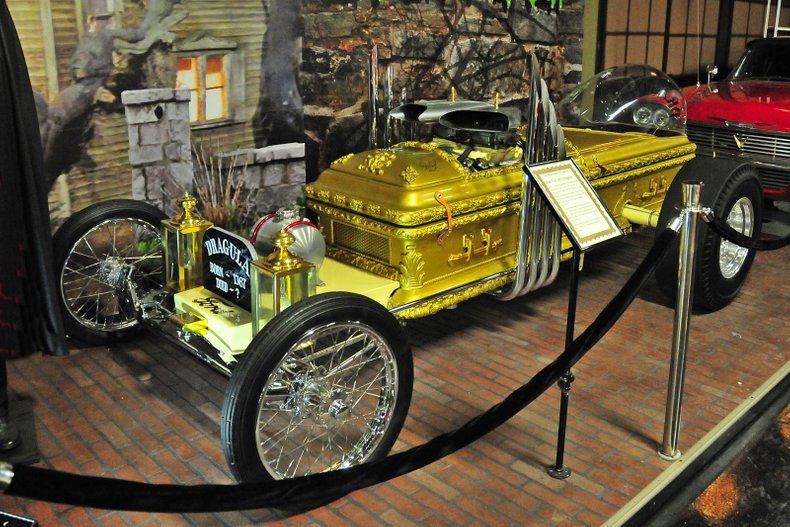 Drag U La Coffin Dragster
Drag U La was put together by Grandpa Munster to be entered into a race to win back the Munster Koach, which Herman had lost in a race.

Designed by George Barris, Barris Kustoms and built by Dick and Keith Dean. It features a 350 hp 289 engine backed by a 3 speed manual transmission.

A total of 5 Authentic Barris Drag U La's were believed to be built. 1 for TV use, the others for promotional use. This is the last Barris Drag U La built and the most authentic in existence.