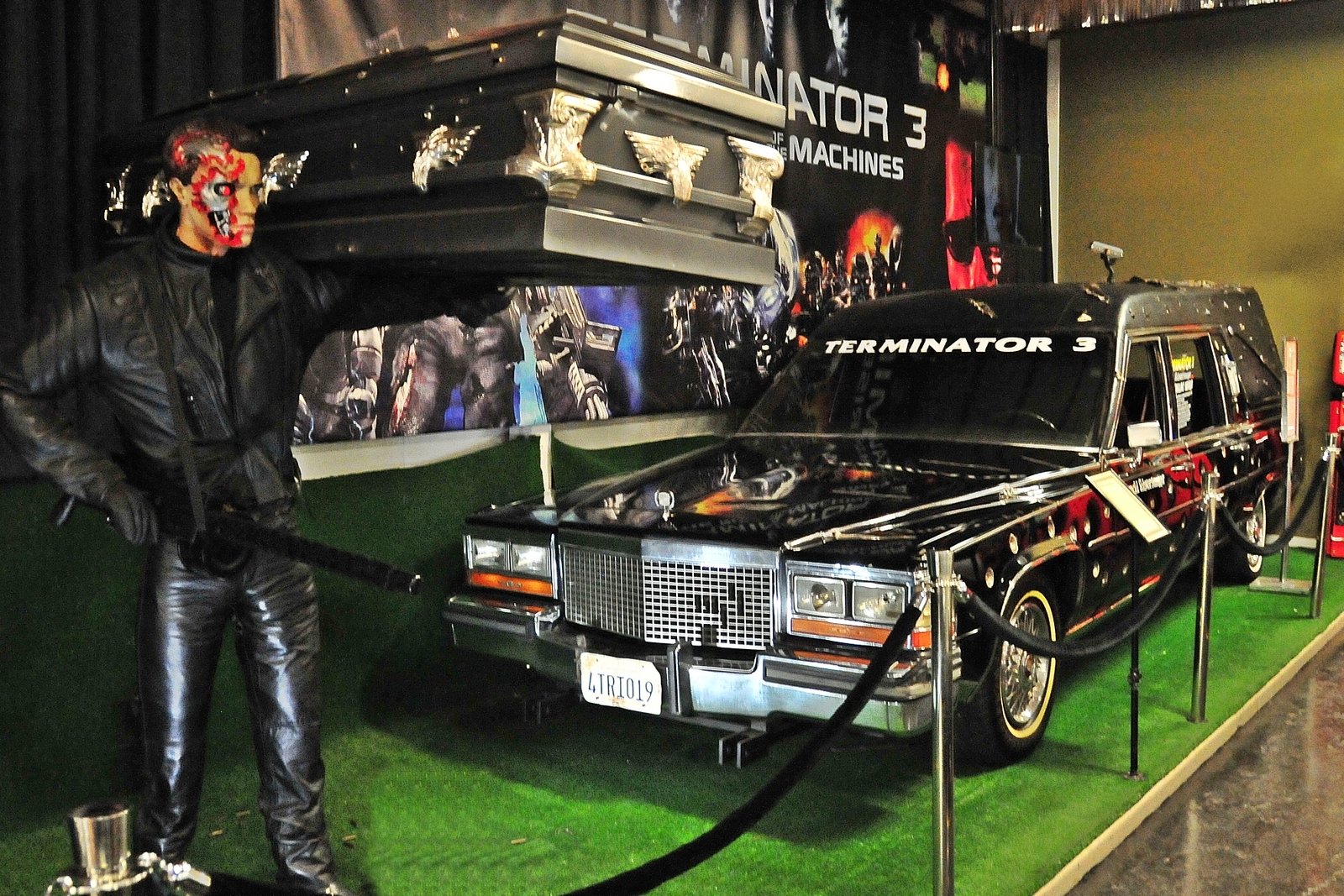 I'll be back.... Hopefully with a body-man, there's a lot of holes in this car! 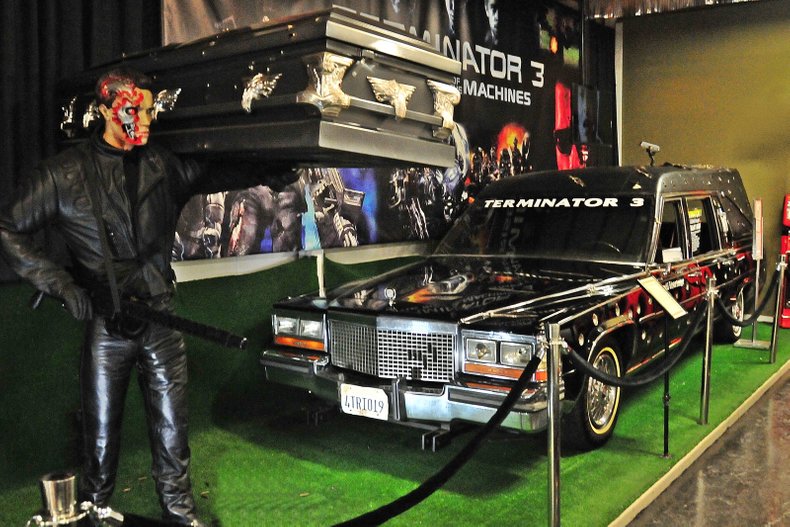 This hearse was modified for screen use in the movie Terminator 3, Arnold's last Terminator movie. Four hearses were built and used for the graveyard shootout scene, if you watch the scene closely, you may even be able to spot the differences between the cars.
This car was rigged with several special effects and stunt equipment. A special hand brake was installed to lock up the rear brakes for power slides around corners. A container and pump was installed under the hood that would pump liquid into the exhaust to create smoke from the tailpipes. However most notable are the 100 plus bullet holes. All the holes you see were strategically punched into the sheet metal and then filled with a plastic explosive before being painted over. Each explosive would detonate in a controlled sequence, exposing the holes, simulating the car being shot up.
Volo Auto Museum purchased this car directly from the production company. Authentication includes a certificate of authenticity from the production company as well as the title, still in the production company's name.