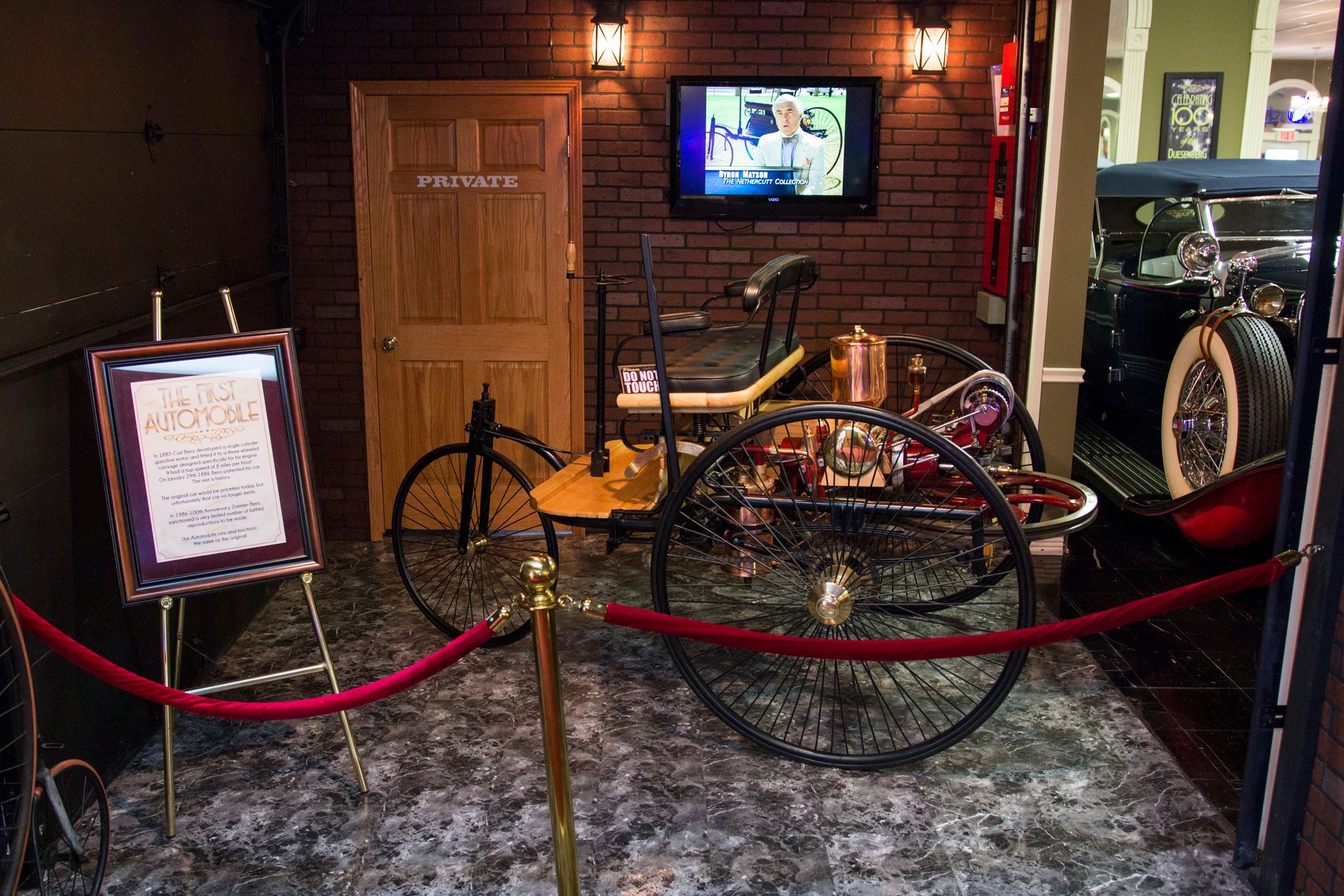 Given credit as the first car, it wasn't a good car, but it was a car.

Ready to take the next step towards purchasing this car?
Leaving a deposit will put the car on hold for you until one of our sales members can contact you to discuss the next steps towards the purchase of the car. A $1000 refundable deposit will hold the car for you during your purchase process, including through inspection and financing approval.
Fill out the form below and one of our sales members will contact you within 24 hours. 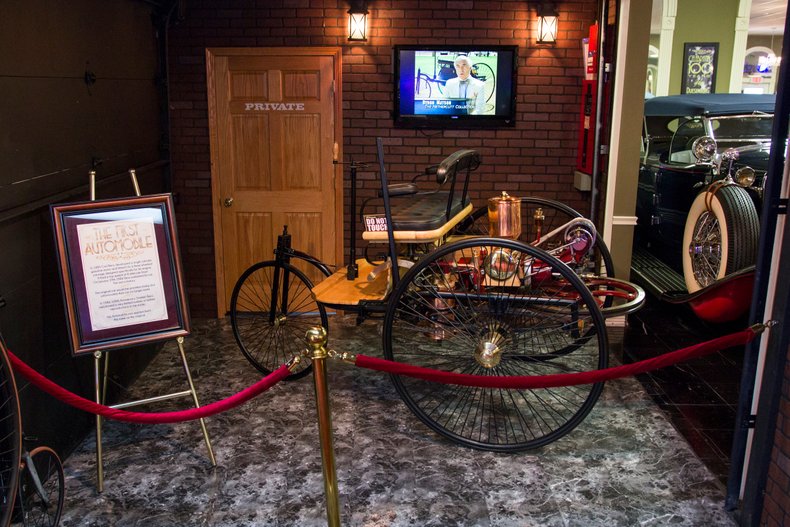 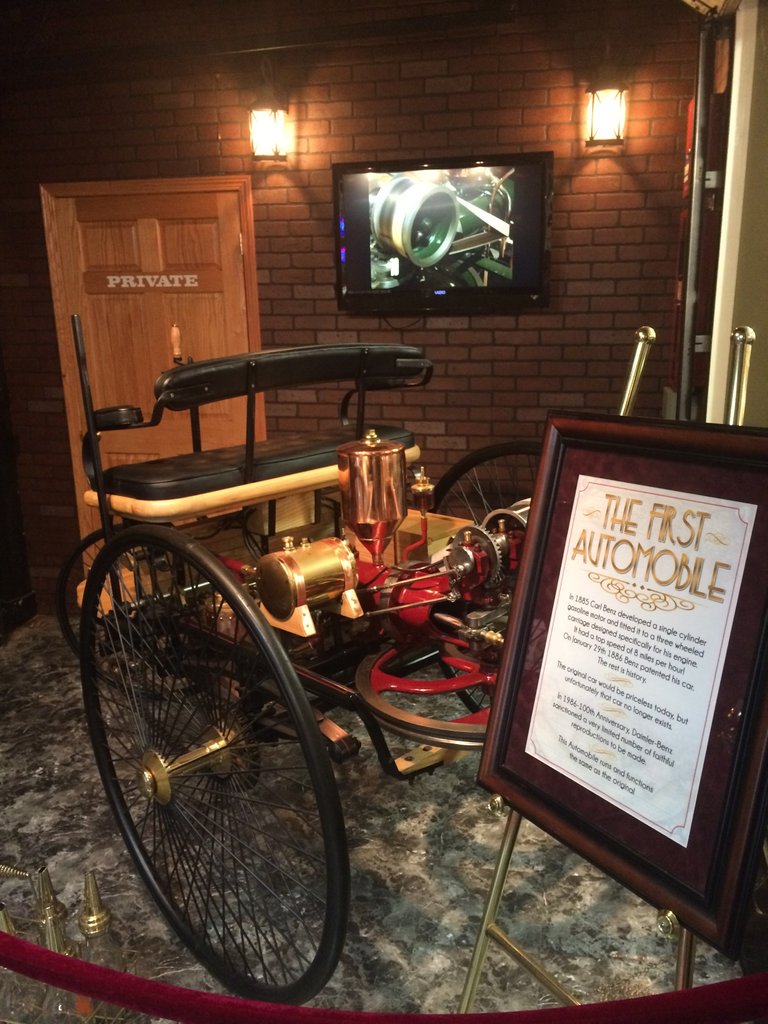 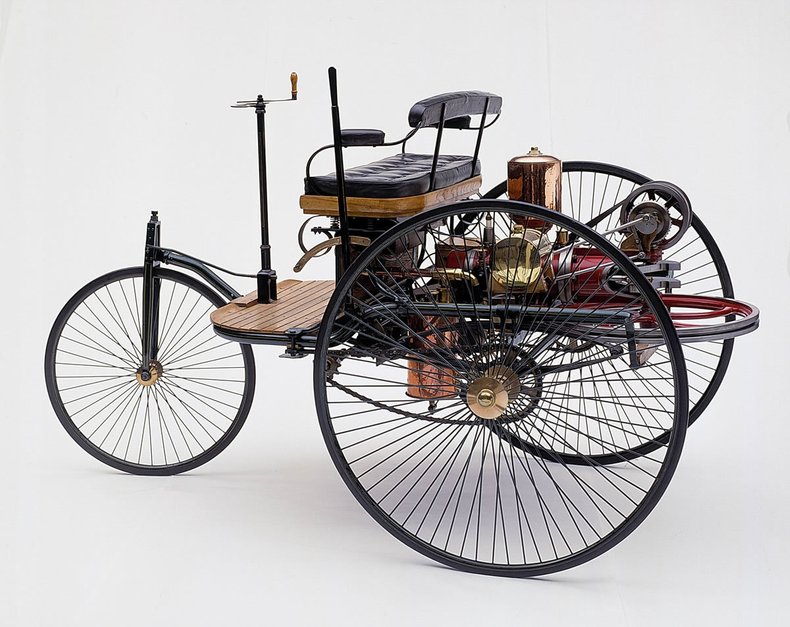 The Benz Patent-Motorwagen built in 1886, is widely regarded as the world's first automobile; that is, a vehicle designed to be propelled by an internal combustion engine. The original cost of the vehicle in 1885 was $1,000.

The vehicle was awarded the German patent, number 37435, for which Karl Benz applied on January 29, 1886. Following official procedures, the date of the application became the patent date for the invention once the patent was granted, which occurred in November of that year.

Although Benz's wife, Bertha, financed the development process, and would hold patent rights under modern law, as a married woman she was not allowed to apply for the patent.

Benz officially unveiled his invention to the public on July 3, 1886, on the Ringstrasse in Mannheim.

After developing a successful gasoline-powered two-stroke piston engine in 1873, Benz focused on developing a motorized vehicle while maintaining a career as a designer and manufacturer of stationary engines and their associated parts.

The Benz Patent-Motorwagen was a three-wheeled automobile with a rear-mounted engine. The vehicle contained many new inventions. It was constructed of steel tubing with woodwork panels. The steel-spoked wheels and solid rubber tires were Benz's own design. Steering was by way of a toothed rack that pivoted the unsprung front wheel. Fully elliptic springs were used at the back along with a live axle and chain drive on both sides. A simple belt system served as a single-speed transmission, varying torque between an open disc and drive disc.

The first Motorwagen used the Benz 954 cc single-cylinder four-stroke engine with trembler coil ignition. This new engine produced 2⁄3 horsepower at 250 rpm in the Patent-Motorwagen, although later tests by the University of Mannheim showed it to be capable of .9 hp at 400 rpm. It was an extremely light engine for the time, weighing about 220 lb. Although its open crankcase and drip oiling system would be alien to a modern mechanic, its use of a pushrod-operated poppet valve for exhaust would be quite familiar. A large horizontal flywheel stabilized the single-cylinder engine's power output. An evaporative carburetor was controlled by a sleeve valve to regulate power and engine speed. The first model of the Motorwagen had not been built with a carburetor, rather a basin of fuel soaked fibers that supplied fuel to the cylinder by evaporation. Benz later made more models of the Motorwagen, model number 2 boasting 1.5 hp and model number 3 with 2 hp, allowing the vehicle to reach a maximum speed of approximately 10 mph. The chassis was improved in 1887 with the introduction of wooden-spoke wheels, a fuel tank, and a manual leather shoe brake on the rear wheels.

Bertha Benz, married to Karl, chose to publicize the Patent-Motorwagen in a unique manner: She took the Patent-Motorwagen No. 3, supposedly without her husband's knowledge, and drove it on the first long-distance automobile road trip to demonstrate its feasibility as a means to travel long distances. That trip occurred in early August 1888, as the entrepreneurial lady took her sons Eugen and Richard, fifteen and fourteen years old, respectively, on a ride from Mannheim through Heidelberg, and Wiesloch (where she took on ligroin as a fuel at the city pharmacy, making it the first filling station in history), to her maternal hometown of Pforzheim.

As well as being the driver, Benz acted as mechanic on the drive, cleaning the carburetor with her hat pin and using a garter to insulate a wire. She refueled at the local pharmacy in Wiesloch and as the brakes wore down, Benz asked a local shoemaker to nail leather on the brake blocks, in doing so, inventing brake lining on the way. After sending a telegram to her husband of the arrival in Pforzheim, she spent the night at her mother's house and returned home three days later. The trip covered 121 mi in total.
Official signpost of Bertha Benz Memorial Route.

In Germany, a parade of antique automobiles celebrates this historic trip of Bertha Benz every two years. In 2008, the Bertha Benz Memorial Route[4] was officially approved as a route of industrial heritage of mankind, because it follows Bertha Benz's tracks of the world's first long-distance journey by automobile in 1888. Now everybody can follow the 121 mi of signposted route from Mannheim via Heidelberg to Pforzheim and back.